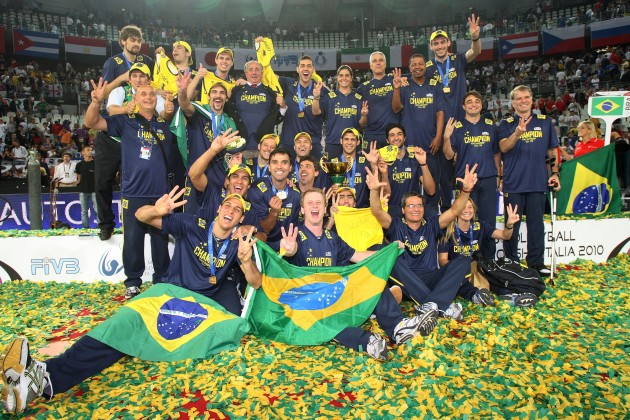 Poland’s men’s team and Italy’s women’s team are the only two sides to have qualified directly for each tournament as hosts, leaving 23 vacancies for countries to battle for.

If there are more than four teams wishing to compete at the World Championship Qualification Tournament, confederations will organise a preliminary elimination tournament with the winners progressing.

Entry forms for the World Championships must be sent to the FIVB headquarters no later than May 1 2012.

Brazil sealed the last Men’s World Championship in Italy in 2010, beating Cuba in the finals while Serbia held off the hosts to capture bronze.

Russia took the women’s crown, beating Brazil in the final for the second time in a row while Japan thrilled the home fans as they took bronze.

A record 215 teams competed in qualification tournaments ahead of the competition.

CEV CUP: The comments of Marcon and coach Parisi