It was officially announced in Firenze, in Palazzo Vecchio, that Italy will be the host of the 2012 edition of Men's Volleyball World League, scheduled for the weekend of 18-20 May. Firenze will host the United States, France and South Korea. The event is entrusted to the Regional Committee Fipav Toscana. 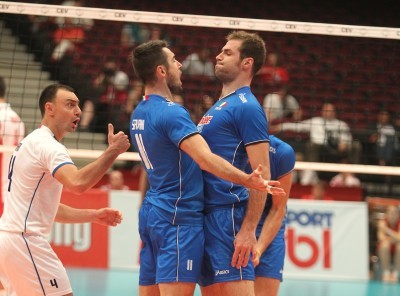 The Deputy Mayor, Dario Nardella, proudly pointed out the program of “Firenze European City of Sport“. “The World League is the most important international event in volleyball, of which our country will be the host in 2012. We are grateful to the Association for choosing our city as the seat of the event. That is the sign that our administration in sports terms is going in the right direction.”

The member of National Council of Fipav, Augustine Pantani, stated: “It is twelve years that the title of the World Cup is not won by the Blue team. I hope that the people of Firenze will support the team of Mauro Berruto to take the ninth victory in its history.”

FIVB has decided to change the formula of the competition. For this year, in each country the competition will be concentrated in one location and it will last 4 weeks instead of 6 like in the previous editions.

Sità Elio, the president of the Organizing Committee of the event, believes that this change would enhance the show. “Three days in Firenze, strongly supported by the regional committee Fipav Toscana, is a great event for our city. It is also favored by the change in the formula of the show which will allow us to be the host of 6 games during one weekend. “