Power training enables an athlete to apply the greatest amount of their maximal strength in the shortest period of time. 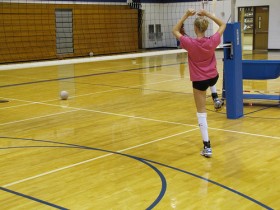 This is crucial for many sports men and women who will rarely be required nor have the time to produce maximal forces.

Most athletic activities involve far faster movements and far higher power outputs than are found in maximal strength exercises (4,5). An athlete can be exceptionally strong but lack significant explosive power if they are unable to apply their strength rapidly.

This article outlines the various methods of power training, their parameters and how they can be used to convert maximal strength into sport-specific power. But before examining how power training should fit into the overall strength program, it’s important to have a basic understanding of the relationship between the force of movement and the velocity of movement.

The Different Types of Power Training

Below are four methods of power training. A prerequisite to starting one of these routines is the development of a solid base of functional strength. Power training, particularly plyometrics and ballistics, becomes less effective and the risk of injury is increased if a phase of anatomical adaptation has not already been completed.

Strength training alone can increase explosive power by positively affecting the top half of the power equation or the peak force production (9,10,11). Most athletic movements also start from a stationary position and it is this early phase of moving a resistance (be it a medicine ball or bodyweight) that requires the most effort. Therefore the greater an athlete’s strength is, the more explosive this initial phase of motion will be. However, once this initial inertia has been overcome less force and more speed is required to continue the movement and heavy strength training becomes less suitable.

Additionally, lifting weights of 70-100% 1-RM has also been shown to reduce the rate of force production which is counter-productive to power development (12). This may explain why in strength trained individuals heavy resistance training is less effective at increasing vertical jump performance compared to ballistics or plyometrics for example (11,13,14).

For an athlete who already has a solid base of strength training (+6 months) gains in power are minimal with further weight training (15,16). Of course, untrained individuals can significantly improve their power with weight training (15,17) and this is a safer and more favorable mode of training than some of the advanced techniques that follow.

Once a plateau in strength has been reached, more sport-specific types of power training are required. One of these training methods is a variation of traditional resistance training. As mentioned earlier, maximal power production occurs when moderate loads of about 30% 1-RM are used.

Completing traditional weight lifting exercises as fast as possible with relatively light loads produces in theory, the greatest power output. Unfortunately there is a problem with this approach…

Lifting a bar rapidly loaded with 30% 1-RM is difficult to execute, particularly in the final phase of the movement. The athlete must decelerate and stop the bar in order to keep it under control (18,19). This deceleration activates the antagonist muscles negatively affecting power output and hinders the required adaptations (11,20).

Ballistics and plyometrics avoid this problem, as there is no deceleration. The athlete is free to jump as high as possible or throw an object as far as possible without restricting the movement.

If free weights exercises are used for power training, loads of 75-85% are recommended (1,8,11) for sets of 3-5 repetitions. The parameters for explosive strength training can be seen in the table below:

From fan to technical staff of national...