As recommended by FIVB and CEV, female referees are gradually enjoying more and more opportunities to join high-class Volleyball and assert their role by combining technical and theoretical skills with their unique personality. 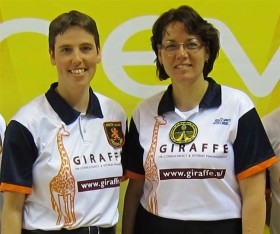 A good example of this encouraging trend is provided by the Netherlands as the women’s Cup final held this past Sunday in Almere was whistled, for the first time in history, by a female duo composed by Helena Geldof and Ingeborg Kooter. The game was played in front of full stands and eventually Sliedrecht Sport seized the day while later in the afternoon Landstede Volleyball/VCZ could take the men’s trophy.

In order to follow up the activities implemented in the past couple of years, a third seminar that is specifically addressed to female referees will be organized by CEV this coming May 11-13 in Sofia, Bulgaria, concurrently with the men’s Olympic qualifier that will be running there. This will be the third time such a clinic is held after the very positive outcome resulting from the previous editions that took place in Rome (2010) and Montreux (2011).