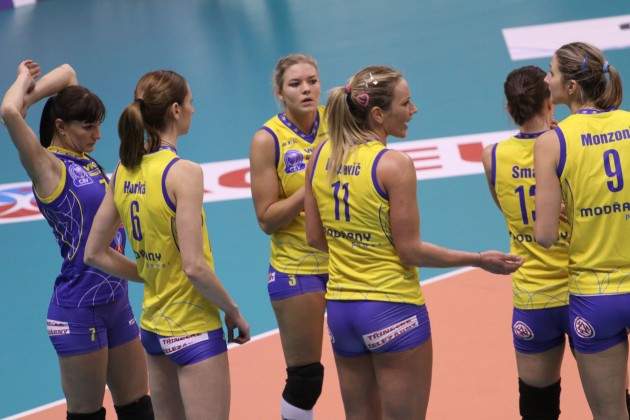 However, the Czech champions have – for the last round of the prelims – the unique opportunity to go for a great result against Pool leader Dinamo KAZAN of Russia.

The match is scheduled for Tuesday at 5 pm at “DDM Sports Centre” in Prostejov.

VK Modranska was very close to cause a major sensation this past November while playing Dinamo in Kazan as the Czechs were up 2:0 before they lost the game at the tie-break. Since then Dinamo has lost only two sets in Europe’s most elitist competition, so the task seems to be very demanding for the Czechs.

“We will be fighting even though we know that Dinamo is a very strong team and in an excellent shape now. However, it chiefly depends on us” says head coach Miroslav Cada.

“Of course we can speculate about the attitude and motivation of Dinamo as they will finish anyway atop of the rankings, so they might not be that interested in winning this game. But I do not expect that they will underestimate us and give up easily. We shall anyway deliver the best possible performance on Tuesday” adds Cada.