Robur Tiboni URBINO will be playing on Tuesday its third and last home match in the prelims of the 2013 CEV Volleyball Champions League – Pool E by hosting the provisional leader of the group and last year’s bronze medalist, Dinamo KAZAN of Russia. Read latest volleyball news on Worldofvolley.com. 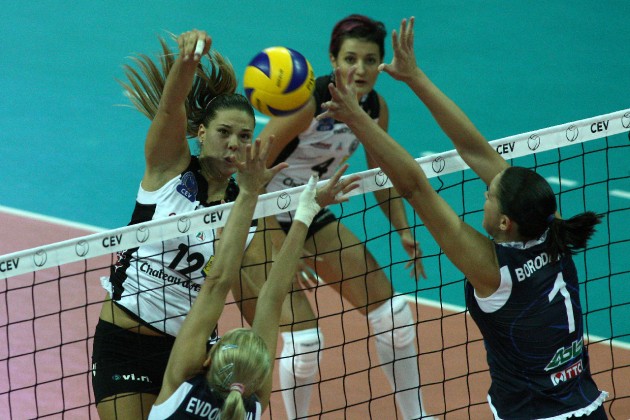 With Dinamo on top of the charts after four rounds of play and URBINO ranked only fourth with three points, this match represents a “last call” for the winners of the 2011 CEV Volleyball Cup as they definitely need to score a positive result to keep alive their chances to make it to the Playoffs 12. Dinamo has claimed three out of the four matches played so far losing only in the first round to Germany’s SCHWERINER SC at the tie-break.

URBINO joins the competition after the arrival of head coach Donato Radogna, who has replaced Ettore Guidetti after a pretty disappointing start of the season. URBINO needs to compensate for the gap accumulated in the previous rounds in order to edge SCHWERINER SC and 2004 Tomis CONSTANTA in the race for the Playoffs 12. The Germans have 6 points while the side from Romania has 5, so a strong performance and a home win against Dinamo is the only recipe the Italians have to follow to prolong their European campaign.

ITA W: Spasojevic and Cuello commenting the defeat against Bergamo