Turkey’s Halkbank ANKARA qualified on Wednesday for the Challenge Round of the 2013 CEV Volleyball Cup – Men after scoring a 3:0 away win (25-22, 25-22, and 25-21) in Russia to edge the local heroes of Iskra ODINTSOVO and to follow up on their 3:1 victory from last week. Read latest volleyball news on Worldofvolley.com. 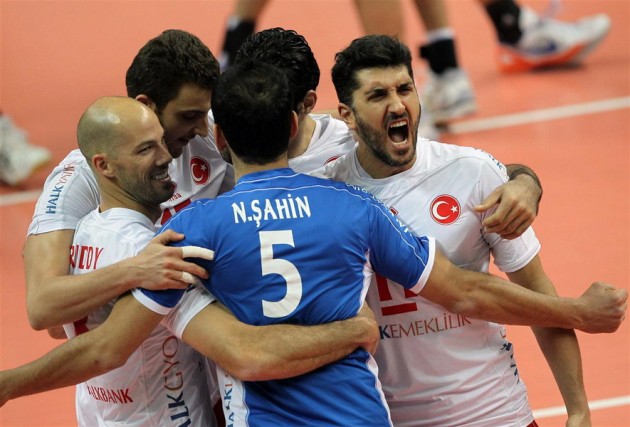 The home guys of Iskra looked extremely faulty, especially in offense, and their many mistakes did evidently help the spirited and much motivated guests from Turkey. Halkbank was paced by Reid Priddy and Egyptian star Ahmed Abdelhay who scored 11 and 16 points respectively. Halkbank started out quite strong claiming the first set 25-22 and played with the same consistency also in set 2 going for another 25-22. Even though Iskra stepped up the quality of its play in set 3, still Halkbank had the upper hand (25-21) and could celebrate a well-deserved victory.

Iskra ODINTSOVO wing spiker Gavin Schmitt said after the match: “We are having a difficult time and this is our fifth consecutive defeat. This is a serious problem. We intend to work hard and hope to change that situation quite drastically”.

The head coach of Halkbank ANKARA, Veselin Vukovic, stated: “I am glad that we have made it to the next round of the CEV Cup. I was afraid that this game here in Odintsovo was going to be very difficult but my players performed really well tonight. As for our future in the competition, before we make any predictions, we have to wait for the DOL to know our next opponent which is a team that is coming down from the prelims of the Champions League”.

CEV CUP W: SES CALAIS makes it to Challenge Round after second win over BACAU

CEV CL: Schedule of 2. round matches