Alice Harkness – the libero of Northern Ireland women’s national team is literally one of a kind. A former pupil of top Irish Volleyball School Dalriada Ballymoney Co Antrim, Harkness has also played for the NI U19 women’s soccer team as goalie. 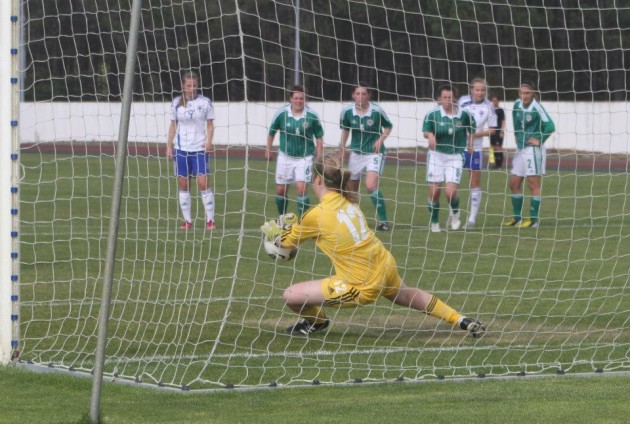 After playing for her school and local Volleyball club Ballymoney Blaze, Alice went on to captain Northern Ireland’s Volleyball junior national team and this past fresher year she played at Northumbria University, the current English champions. In January 2012 Harkness – who will turn 19 this coming July 1 – played with the NI juniors in the prelims of the Small Countries Division and is one of four players – together with Michelle Diffin, Amy McCall and Rebecca Rankin – promoted into the senior team for the World Championship qualifier coming up later this week in Belgium.

This past month (see picture) she was the goalkeeper of the NI national team and even stopped a penalty against Finland in a match of the qualification rounds for the Women’s Soccer European Championship.