We know it’s more than a year away but we just want to keep you posted on the teams that have qualified so far and the upcoming Grand Prix Qualification tourneys. 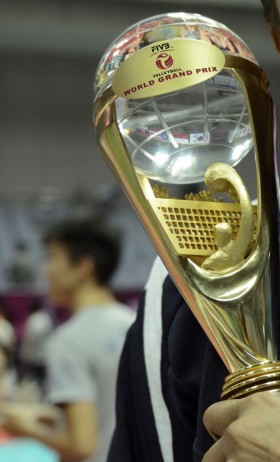 After winning the European League, Helena Havelkova (Facundo Conte’s girlfriend) and Team Czech Republic will make their Grand Prix debut next year together with another debutante Bulgaria, the 2012 European League runner-up. Czech Rep and Bulgaria will be joined by Poland (wild card winner) and 2 more European teams to be determined later this year at the qualification tournament.

The American continent will be represented by the following teams USA, Cuba, Dominican Republic and Puerto Rico for NORCECA while the South American continent has Brazil and Argentina. These teams qualified after winning top spots at the ongoing Pan-American Cup.

According to the FIVB, Africa will send its first team (Kenya or Algeria for sure!) to join the mix and compete in the most elite annual volleyball competition.

Finally, China and Japan have automatically qualified while Korea, Thailand, Chinese Taipei and Kazakhstan are the top contenders to fight for the 2 remaining slots.

Host cities will be determined.

For the 3rd consecutive year, a total of 16 teams will again entertain volleyball fans from all over the world.