Zinedine Zidane may be retired, but that doesn’t mean you’ll catch him playing “Bingo” down in Key West. Read more about latest volleyball news, games reports, and statistics on WorldofVolley. 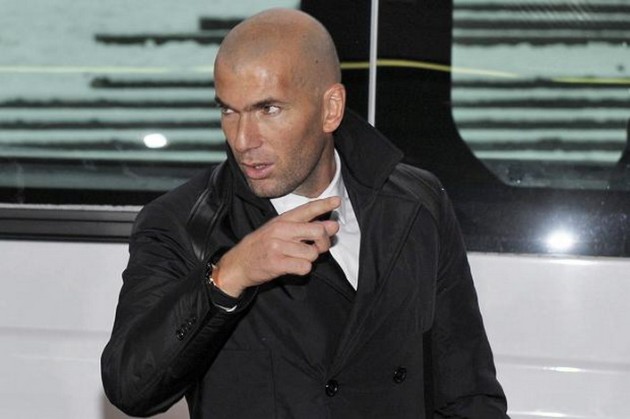 The legendary Frenchman will take on a coaching role within Real Madrid’s youth academy this season, though he may have his eyes on an even bigger prize, according to FIFA.com.

Having joined Madrid’s front office as “Advisor to the President” in 2009, Zidane was given a hands-on role with the first team at the behest of manager Jose Mourinho in 2010. That next summer he was promoted to the position of “Sporting Director” where he ostensibly had more control over player personnel decisions — though the ego-tastic sandwich of Mourinho and President Florentino Perez must have mitigated his influence.

Now, he continues his meteoric rise behind the scenes of the Santiago Bernabeu as he moves on to a new coaching career.

“Zinedine Zidane will shortly begin training to be a coach while at the same time coaching Real Madrid’s youth academy,” said Madrid in an online statement.

“That will allow him to formalise his knowledge and training which will enable him to fulfill an aspiration that he made public in the press conference in which he announced his retirement as a player in April 2006: to work with Real Madrid’s youth academy,” the club stated.

Though the former Galactico is getting his breakthrough with Los Blancos, Zidane’s true managerial calling may lie back in France. Despite no previous managerial experience, he has already been touted as a potential future manager of the French national team by French Football Federation president Noel Le Graet.

Since Zidane’s retirement in 2006, Les Bleus have fallen on hard times. The team has failed to advance past the quarter-finals in any major tournament, while in-fighting amongst players has undermined the authority of ex-managers Raymond Domenech and Laurent Blanc (though to be fair, Domenech makes Gary Busey seem like Stephen Hawking). With a little seasoning, Zidane could be the perfect fit for the job.

His stature as one of the game’s greatest players — arguably France’s best ever — would immediately command the respect of the entire team. Moreover, he has more experience than meets the eye. It is widely believed that Zidane served as de-facto manager while playing under Domenech in France’s run to the final of the 2006 FIFA World Cup, meanwhile his work with Madrid’s senior team has been met with widespread acclaim.

With a few helpful pointers from his pal Mourinho, don’t be surprised if “Zizou’s” coaching role with the kids quickly gives way to control over the French national team. Let’s just hope he leaves the head-butts at home this time around.

Check out our Did you know section, every Friday a new story! Tomorrow read about …

Top 5 most common jobs for players...