Jeffrey John Hornacek is a retired American basketball player who played at the shooting guard position in the NBA from 1986–2000. WorldofVolley brings you the latest volleyball news. 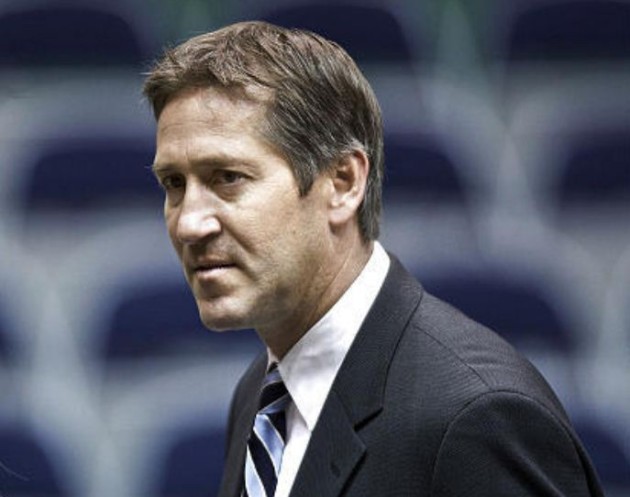 He was the 22nd pick in the second round (46th overall) of the 1986 NBA Draft, by the Phoenix Suns. The 2nd round draft pick that was used to select him was traded three times before finally ending up with the Suns. First, the Los Angeles Lakers packaged it in the deal to acquire Byron Scott from the San Diego Clippers before the 1983–84 season. A week later, the Clippers would then send the pick to the Detroit Pistons in a deal to acquire Ricky Pierce, and on that same day, the Pistons dealt the pick to the Suns for David Thirdkill.

The Suns struggled in Hornacek‘s first two seasons, but after hiring Cotton Fitzsimmons as coach and acquiring free agent Tom Chambers, the Suns went from 28 wins in 1987–88 to 55 in 1988–89. Hornacek was a perfect “third option” on offense after Chambers and Kevin Johnson. This trio would lead the Suns to four straight NBA playoff appearances, including two Western Conference Finals.

After his sixth and most productive season in 1991–92 in which he led the Suns in scoring average (20.1 ppg), Hornacek was traded (along with Andrew Lang and Tim Perry) to the Philadelphia 76ers for Charles Barkley. With Hersey Hawkins, the Sixers’ leading scorer, in the shooting guard position, Hornacek was assigned point guard responsibilities. Although he had a career high 6.9 assists per game in his only complete season with the Sixers (1992–93 season), his stint as a point guard was not a success (26 wins, 56 losses). Midway through the 1993–94 season (February 24) he was traded to the Utah Jazz (for Jeff Malone) where he could return to his natural shooting guard position alongside John Stockton. Like in Phoenix, Hornacek was a perfect complementary “third option” to Karl Malone and Stockton. Hornacek was also one of the best on offense in the NBA in moving without the ball, something essential for a shooting guard. He was an instrumental part of the Jazz’s drive to the NBA Finals in 1997 and 1998, where the Jazz lost to the Chicago Bulls both times. He remained with the Jazz until knee problems forced his retirement in 2000. On November 23, 1994, he set a then-NBA record with eight consecutive three-pointers in a single game without a miss against the Seattle SuperSonics. That same season, he also tied an NBA record 11 consecutive three-pointers without a miss, from December 30, 1994 through January 11, 1995.

One of the best free throw shooters in the league, once making 67 in a row (November 12, 1999 – January 6, 2000), one of his most well-known mannerisms was stroking the side of his face three times before every free-throw attempt. That was his way of saying hello to his three children during the game. He holds a career free throw percentage of 87.7, 13th highest in NBA history.

Hornacek won the NBA three-point competition twice, and along with Natalie Williams, star of the Utah Starzz, won the All-Star 2-Ball Challenge.

He was hired for the 2007–08 season by the Jazz as a special assistant coach and to help Andrei Kirilenko and others with their shooting. In May 2008 Hornacek interviewed for a coaching position with the Chicago Bulls, meeting with general manager John Paxson. He put off seeking a coaching position until his children were older so the extensive travel would not put excess pressure on his family. After the departure of Jerry Sloan and Phil Johnson in February 2011, Jeff Hornacek became a full assistant coach with the Utah Jazz.

Check out our Did You Know? section, every Friday a new story! Tomorrow read about Rio du Sul coaching staff shaved their heads.