Dresdner SC is back on the right track with a win USC Munster 0:3. They ended a two game losing streak against Wiesbaden and Vilsbiburg. Lisa Izquierdo was the MVP. Ashley Benson was the best in Munster. 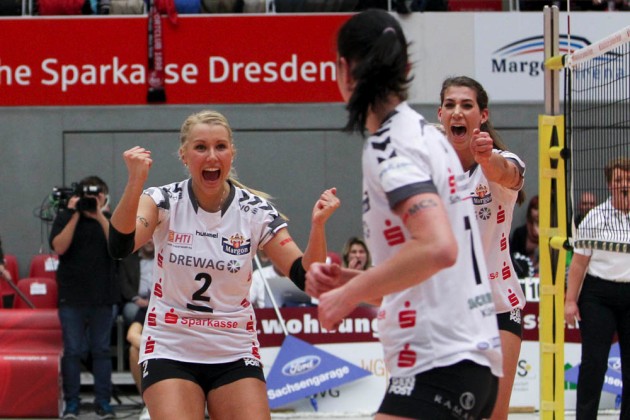 DSC had the support of numerous fans in Munster. They were allowed to enter the hall for free and cheered the team.

In the second, Munster led with 8:5 and 10:6, but at 10:10 DSC managed to tie. By the end of the set, the audience then saw an open game. Munster led while the final stages with 23:22, but again highly concentrated DSC acted at the crucial stage and made three points in a row to win the set and take the 0-2 lead.

Lisa Izquierdo was the MVP. Ashley Benson was the best in Munster.