When the “face” of your sport is a Wilhelmina model, you know you’re off to a good start. But Lisa Leslie, the most-recognized player in the WNBA and Team USA brought considerably more than a stunning visage and statuesque body to the court. She was the most dominant player in the women’s game and she is also known as the first player to dunk in a WNBA game. 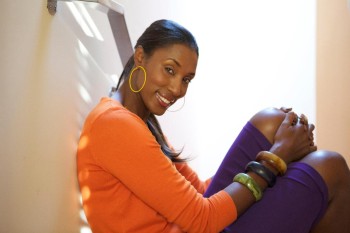 While at Morningside High School in Inglewood, CA, she led the team to two state championships. In college at the University of Southern California, she was the all time Pac-10 leader in points, rebounds, and blocked shots. After college, Leslie launched her modeling career, signing with the prestigious Wilhelmina Agency in 1996.

In 2001, Leslie was the first WNBA player to win the regular season MVP, the All-Star Game MVP and the playoff MVP in the same season. That year, she also led the Los Angeles Sparks to their first WNBA Championship. In 2002, she became the WNBA all-time leading scorer and was named MVP of the regular season for the second year in a row. She led the Los Angeles Sparks to back-to-back Championships. She would go on to win her third MVP trophy of the WNBA in 2006. Leslie is the first woman to slam-dunk in a professional game.

Lisa Leslie sat out the 2007 WNBA season as she and her husband, Michael Lockwood welcomed baby Lauren into the world. She joined the U.S. team that spring and won her fourth Olympic Gold Medal as she retired from the Olympics.  In 2009, Lisa Leslie announced her retirement from the WNBA as she played her last season in front of her family, friends and fans!

In Lisa’s off-season she became an author, and released her book, “Don’t Let the Lipstick Fool You”. In her own words, she points the spotlight onto her remarkable life off the court, where being a confident champion was not always simple.

She became a commentator for ESPN in 2004, covering the NCAA Women’s Tournament and has not looked back. She is now an in-studio sports analyst for ABC, Turner, Fox Sports Net and covered the 2012 Olympics for NBC.

In August 2011, Lisa Leslie became Co-Owner of the Los Angeles Sparks – a professional franchise in the WNBA. She also Launched the Lisa Leslie Basketball & Leadership Academy.

Lisa and Michael are parents to Lauren and MJ. As a wife, mom, author, sports analyst, motivational speaker and entrepreneur you can see Lisa Leslie does it all.