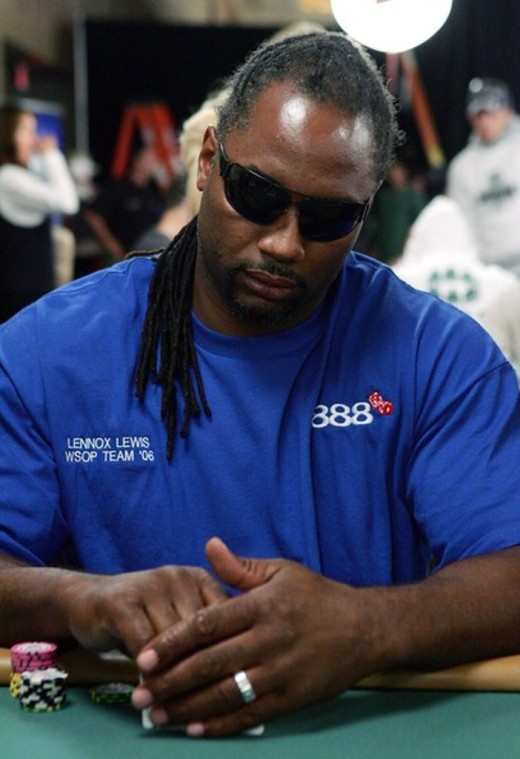 Lewis is 1.96 meters tall and has an 213 cm reach. During his boxing prime, he weighed about  113 kg. Lewis often referred to himself as “the pugilist specialist.”

As an amateur he won gold representing Canada at the 1988 Olympic Games after defeating future heavyweight champion Riddick Bowe in the final. Lewis is regarded by many as one of the greatest heavyweight boxers of all time.

Lewis turned professional in 1989, winning his first 21 fights. In 1992 he knocked out Donovan Ruddock to take over the number one position in the World Boxing Council (WBC) rankings and eventually be declared WBC heavyweight champion in 1993. Lewis lost the title to Oliver McCall in 1994 but defeated McCall in a rematch to win the vacant WBC title in 1997.

He went on to defend the title four times, becoming the Lineal Champion after beating Shannon Briggs by KO in 1998. He became undisputed champion after defeating Evander Holyfield in November 1999. After defeating Mike Tyson by KO in 2002 and stopping Vitali Klitschko in 2003, Lennox Lewis retired from boxing in 2004.

In 2000, Lewis appeared on Reflection Eternal’s debut album Train of Thought, giving a shout out on the track “Down for the Count.”

In 2002, Lewis was reportedly offered £5m by World Wrestling Entertainment (WWE) chairman Vince McMahon to take up professional wrestling in his industry. His camp held discussions over a possible match with WWE superstar Brock Lesnar in February 2003, at the No Way Out pay-per-view event.

Prior to the offer Lennox was familiar with wrestling; he was part of the famous match held in Wembley Stadium between The British Bulldog and Bret “The Hitman” Hart for the Intercontinental Championship at SummerSlam in 1992, representing the Bulldog during his entrance while bearing an Union Flag.

In 2003, Lewis made a brief cameo appearance in the Jennifer Lopez and LL Cool J video “All I Have”.

In 2006 he appeared in the movie Johnny Was with Vinnie Jones.

Lewis played in the World Series of Poker in both 2006 and 2007, and was knocked out without winning any money.

Lewis appeared on NBC’s Celebrity Apprentice in 2008. He came in fourth place (out of 14).

Lewis has also done a public service announcement against domestic violence for Do Something.

In 2011 he was awarded an honorary Doctorate from Wilfrid Laurier University in Waterloo, Ontario.

Upon retiring from boxing, Lewis moved to Miami Beach with his wife, Violet Chang, a former Miss Jamaica runner-up. They have four children. Lewis told AventuraUSA.com in 2007 that he is contemplating opening an “international boxing academy” and perhaps one day starting a record label, but he has yet to embark on either endeavour. Lewis supports the English football team West Ham United, the local team for the place of his birth. Lewis has a villa at the Tryall Club in Montego Bay, Jamaica.

Lewis is an avid amateur chess player, and funded an after-school chess program for disadvantaged youths, one of whom earned a university chess scholarship at Tennessee Tech.

Michael Vaughan: you must move on quickly...

Why do so many athletes struggle to...