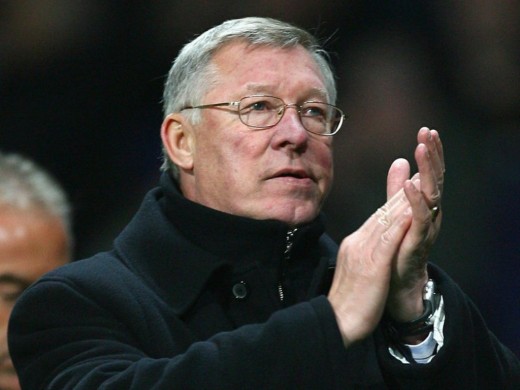 His time at the club has led to Ferguson being regarded as one of the most admired and respected managers in the history of the game.

Ferguson managed East Stirlingshire and St. Mirren before a highly successful period as manager of Aberdeen. After briefly managing Scotland following the death of Jock Stein, he was appointed manager of Manchester United in November 1986.

Ferguson is the longest serving manager of Manchester United, overtaking Sir Matt Busby’s record on 19 December 2010, eventually completing more than 26-and-a-half years as the club’s manager. He has won many awards and holds many records including winning Manager of the Year most times in British football history. In 2008, he became the third British manager to win the European Cup on more than one occasion. He was knighted in 1999 for his services to the game and also holds the Freedom of the City of Aberdeen.

During his 26 years at the club, he won 38 trophies, including 13 Premier League and two UEFA Champions League titles.

On 8th May 2013, Ferguson announced that he was to retire as manager at the end of the football season.

The Guardian announced it was the “end of an era”, while UEFA president Michel Platini said that Ferguson was “a true visionary”. British Prime Minister David Cameron described Ferguson as a “remarkable man in British football”. Former Manchester United players Paul Ince and Bryan Robson agreed that Ferguson would be “a hard act to follow”. Manchester United co-chairman Joel Glazer said “His determination to succeed and dedication to the club have been truly remarkable.” Ferguson revealed that he had in fact decided that he was going to retire back in December 2012 and that it had been very difficult not to reveal his plans.

Ferguson released his second autobiography in October 2013 called “My Autobiography”.

Sir Alex will continue to be involved at United following his retirement, taking up a position on the club’s board and acting as an ambassador. You could see Sir Alex on every United’s game after his resigning as a manager.

CL M: No problems for Zenit in Berlin

From the Mailman to a businessman, Karl...