The center, Christa Harmotto made the agreement with David Astarita, by signing the extension of the contract for two more seasons with the condition of playing the Champions League in 2014. 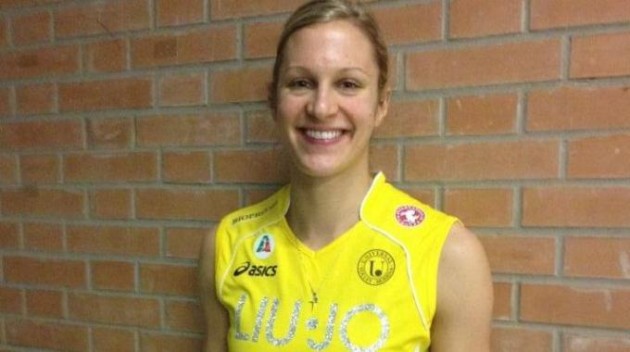 David Astarita: “I am really happy that Christa remains in Modena because she has shown the ambition that she wants to play for our team in the future. I had said earlier in the season that this would be the a very important year for our future. My aim is to make the less possible changes. Of course, some adjustments will be made but we cannot hope to have the future if we change 7 or 8 players each year. We tried to make the long-term contracts with Aguero, Barazza, Partenip, Mari, Croce and Paggi. Two major contracts are also signed with Zago and Olivotto. Christa decided to renew the contract before the end of the season. I am looking forward to having her in the team for 2 years and forward in the future. “

Christa Harmotto: “I am really glad because it was what I wanted. I told David that I never thought of going away from Modena. I feel fine here. Ever since I arrived I have felt like home and I am sure that together we will do great things. Tomorrow night we have a game to play and this is the most important thing. I hope to celebrate the victory and the renewal with everybody after the game, but my concentration will not be reduced.”