In a past few days many transfers have been made on the volleyball market of the Russian league. 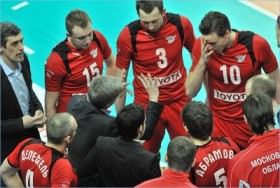 Iskra Odintsovo of Santilli has lost the hitter Spiridonov who will continue his career in Ural Ufa. However, Iskra has signed the contracts with the opposites Yakovlev (Dinamo Krasnodar) and Schmitt (Samsung Bluefangs) and the setter Redwitz (Tours). Dineikin, Depestele and Schops left the club and will probably play for Resovia. Resovia lost the main attaker Grozer who was transferred to Belgorod. For the team of Chipulin will also play the setter Kampa from Piacenza and Markov from Fakel.