She’s officially back: Sheilla returns to court after 3 years 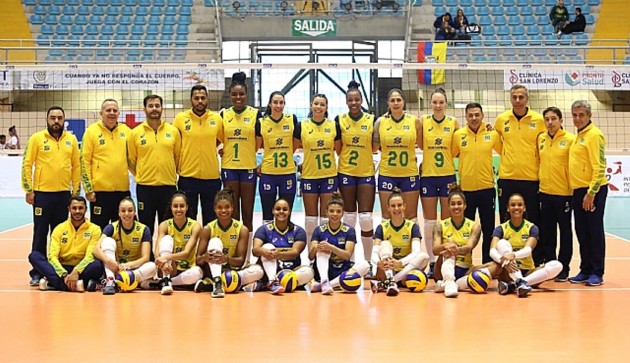 The 12-time consecutive titleholders Brazil opened the 2019 South American Women’s Volleyball Championship in Cajamarca, Peru, with two wins in two days. In the opening round, the players coached by Zé Roberto demolished Ecuador, conceding only 27 points and leaving rivals on single digits in two sets: 3-0 (25-8, 25-9, 25-10).

In their second match, Brazil swept Venezuela by a 3-0 (25-10, 25-16, 25-11) and will fight Argentina for the top spot in Pool A in the last round. But, which is even important for the Brazilian fans, a two-time Olympic Games winner Sheilla made her re-debut for the National Team after three years. Actually, this was her re-debut in the professional Volleyball in general after three years! The 35-year-old opposite hitter played in the match against Venezuela.

Fabiana Claudino, who also did not play for Brazil for three years, is on the roster for the South American Championship, but still did not make her re-debut. They were both summoned to join the National Team two months ago.

As for Pool B, Peru and Colombia each scored a straight-set win in the opening round.

The top four teams, not counting Brazil, from the tournament will secure a spot in the South American Olympic Qualifier in January 2020.