Boričić re-elected as President of CEV 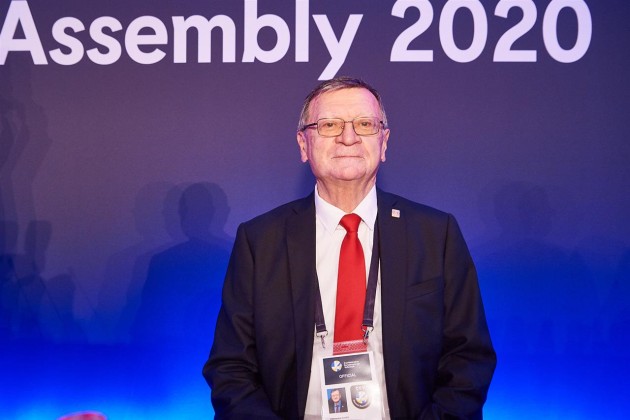 At the CEV’s General Assembly in Vienna, Austria, it was decided that Serbian Boričić will stay at the helm of the governing body of volleyball in the Old Continent. He received 36 votes from national federations in the elections and defeated his opponent Hanno Pevkur from Estonia, who received the support of 19 national federations.

A 72-year-old Boričić has been at the helm of the CEV since 2015, and now he has a mandate valid until 2024. Born in the Serbian capital of Belgrade, he worked as a coach after a playing career that included wearing the jersey of the Yugoslavia National Team (103 caps) and then went among volleyball officials.

Between 1992 to 2016, he was the president of the Yugoslavian Volleyball Federation (later renamed into the Federation of Serbia and Montenegro, and finally the Serbian federation). Under his leadership, both men’s and women’s national teams of Serbia reached the very top of Europe and the world.

Probably the most retarded sport federation in the whole of Europe, full of grandpas like Boričić making proft without any useful deeds. Another 4 frutiful years of stealing the clubs money. Taking a look at the CEV website layout says it all.