As of the start of the World championship all the way until the end to Italy’s Myriam Sylla’s unfortunate net touch attacking error on October 20 to bring Serbia the trophy, we have been witnessing many interesting facts about this tournament. 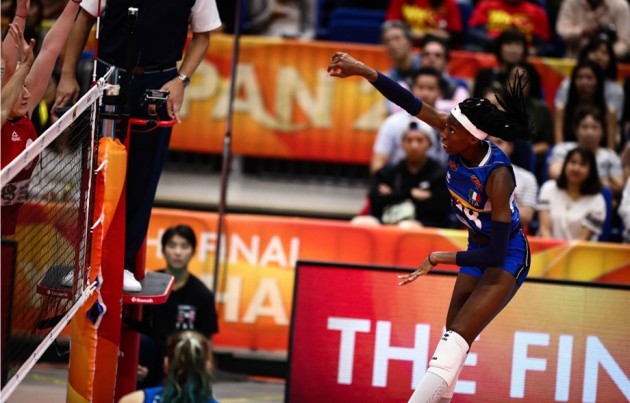 The first one: Paola Egonu, the recorded holder of for the highest scoring performance in a single game, is the best scorer of all times at the World Champs.

In between those landmark actions, fans on site in Japan and on TV and online across the world enjoyed 103 matches, comprising a total of 354 sets and 48,021 rallies for 159 hours and 54 minutes of pure volleyball, offered by the top 24 teams in the world.

Serbia’s opposite Tijana Boskovic, who was named MVP of the 2018 World Championship to lead the tournament’s Dream Team, was the most efficient scorer of the event.

In that same match against Cuba, the Dominican Republic’s Yonkaira Pena registered nine aces, to smash the previous record held by Brazil’s Sheila Castro with seven against Thailand in 2002.

Elsewhere in the 2018 World Championship, the Netherlands and Japan now hold the all-time record for longest match in the history of the competition, after the Dutch five-set win in 2 hours 38 minutes. The previous record of 2:27 was from the Dominican Republic v Germany (3-2) game of 2014.

The Dominican Republic, however, now hold a new record of widest score in a single set, 25-5 against Kenya. The previous record of 25-6 was jointly held by Peru in their 3-0 win over Egypt in 2006 and Croatia in their 3-1 win over Tunisia in 2014.

USA also registered the quickest set in history, a 14-minute affair in the 25-11 third set of their 3-0 sweep of Trinidad & Tobago. The previous record of 15 minutes was jointly held by Italy (25-11 against Japan), Bulgaria (25-9 against the Czech Republic) and Russia (25-8 against Puerto Rico) all from 2002.

All-time records are calculated since the introduction of the Rally Scoring System, as of the 2002 World Championship.

TUR M: Daudi Okello top scorer of the round, 8 aces for Turgay Dogan!