#RoadToTokyo M: Canada refuse to quit after 0-2 vs. Cuba and lead NORCECA race for Olympics

Canada staged an epic comeback against Cuba in Round 2 of the 2020 NORCECA Men’s Volleyball Olympic Qualifier at home in Vancouver and came very close to securing the berth for the Tokyo Games. 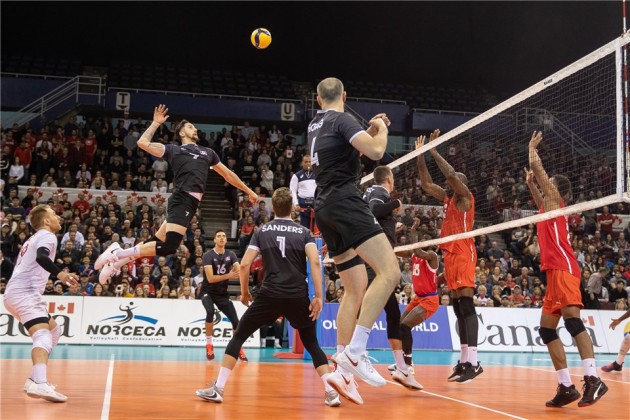 After firmly dominating the first 2 sets against Canada in, what was likely, a decisive clash in NORCECA Men’s Qualifier, Cubans fell into the next 3 sets and practically said goodbye to playing the 2020 Tokyo Olympics. The Canadian team refused to quit, even after 1-4 in the tie-break. Stephen Maar collected 21 points (5 kill blocks) for Canada, while Ryan Sclater also set up 5 kill blocks. Marlon Yant tallied 14 points for Cuba. With the victory, the North American side sat in first place in the charts with 2-0 and 8 points and remained the only undefeated team in the tournament.

The only option for Cubans to get the last Olympic ticket from the region of North, Central America and the Caribbean is to defeat Mexico but also to cheer for Puerto Rico (beat Mexico by a 3-0 today) against Canada in the last round. However, Puerto Rico also see their chance of qualifying for the Tokyo event – to beat Canada and hope Mexico will down Cuba. But, according to what was seen so far, Canada’s participation in the Olympics seems like the most probable scenario.