NEW YEAR’S INTERVIEW: Simón – „I hope to play for Cuba in future but it doesn’t depend on me”

There are not many players in modern age of volleyball whose appearance in an internacional scene was impressive since the beginning. After making his debut in the Cuban national team at the age of 17, Robertlandy Simón Aties was one of them. 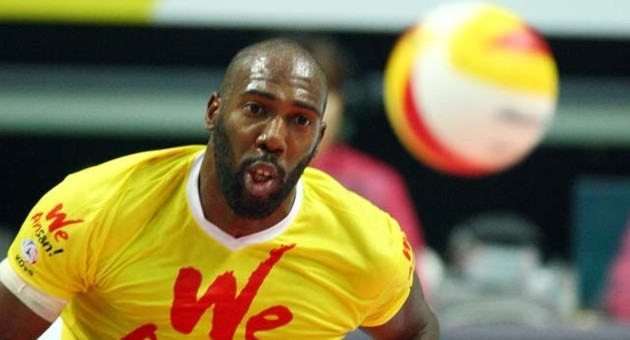 As many prominent Cuban players, Simón looked for his happiness abroad. He left his homeland after the career’s highlight, the World Championship 2010 in Italy, where he was announced the Best Blocker and went into same country in 2012, in the team Copra Elior Piacenza, but only after expiration period of two years due to regulations of the Cuban Volleyball Federation.

His departure to South Korea was a disappointment for Piacenza fans after two amazing seasons, but in the team Rush & Cash, he is playing brilliantly as well!

“First of all, there were proposals for me from several clubs last summer, but I decided to go to Korea because of my coach from last year.”

You have moved from the position of middle blocker, which made you famous, to the opposite. Did you have a problem to adapt?

“I said to myself that I have to try playing as the opposite for one year because in training, I developed well in that position. The Korean club was the only one, at the moment, that offered me to play in that position. When I started, it was difficult, because I had to be prepared physically much better than the rest of the team. The clubs here rely heavily on foreigners, but now I’m having a rhythm although it’s difficult to adapt to so much physical effort.” 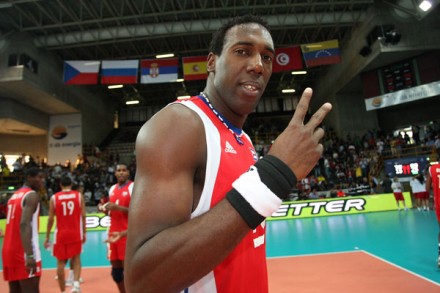 Cuba would have a dream team if all the best players gather. Would you play for the national team again if Cuban Volleyball Federation changes its rules and allow players from abroad to play?

“About the Cuban Federation, all I know is that it will let players out and that’s a big step forward. I hope to play without any problems in the future but it doesn’t depend on me. It depends on the Cuban Federation. Our return to the national team of Cuba, I believe, is far away.”

Are there any countries who want you to play in their national team?

“I don’t know whether any other country wants me to play for them, but I’m not interested at the moment, considering that I have hopes…”

You and your compatriots Leo and Sánchez are three top scorers in the Korean league. What do you think about their play?

“Michael Sánchez and I are great friends. Here is difficult, but we are struggling to keep winning matches. I hope we’ll continue putting high a good name of our flag and trying to give our best.”

Are you planning to stay in South Korea next season, too?

“Well, I signed for two seasons. I hope to finish at least the first and for now, I have no trouble doing the second season.”

NEW YEAR’S INTERVIEW: Zbigniew Bartman – “If I leave Poland, I will go to Asia”

INTERVIEW: Manavinejad – “Our opponents are very...