"I am a littlebit frustrated because the same story is repeating over and over again..." said Strashimira Filipova when we asked her to explain not so good result of Bulgaria at the last World Championship. Read the full story... 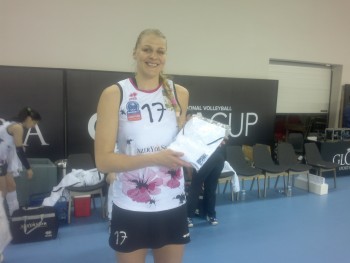 How would you describe the last year of Bulgarian National Team?

“We started well. We were quite good in the Gran Prix, although we were placed in the Group 3 and we played against some much weaker teams like Mexico, Kenya… But, if there was something good it was that I was in Mexico for the first time in my life (smile). Then we played the final tournament at home and we won the Group 3 and we were really happy because we thought we will go to the Group 1… But no, we advanced only to the Group 2 and we were like – Again? (smile).”

Bulgaria had some very good results in 2014. For example winning the Yeltsin Cup against Russia, however then came the World Championship and the 11th place. What happened there?

“I am asking the same question every time after big tournaments, and now I am a littlebit frustrated because the same story is repeating over  and over again. We had a great results before the start of the World Championship and we were full of confidence. But, like always we started good and then… We took two sets against Serbia in the first round and then defeated Turkey. But, after that we just could not recognize ourselves. We are very disappointed. Especially because everybody believed in us. That is what makes me really tired of everything…”

Does that mean you will not play for the National Team anymore?

“I do not now… If everything would be OK I will probably play” concluded Filipova.