Rob Bontje: „It feels like there is no bigger competition“

Whilst all other team members of BERLIN Recycling Volleys are longing for their first CEV Champions League Final Four at Max-Schmeling-Halle on March 28-29, there is one player of the home side that has already experienced competing in the round of the best four European clubs: the Dutch Rob Bontje. 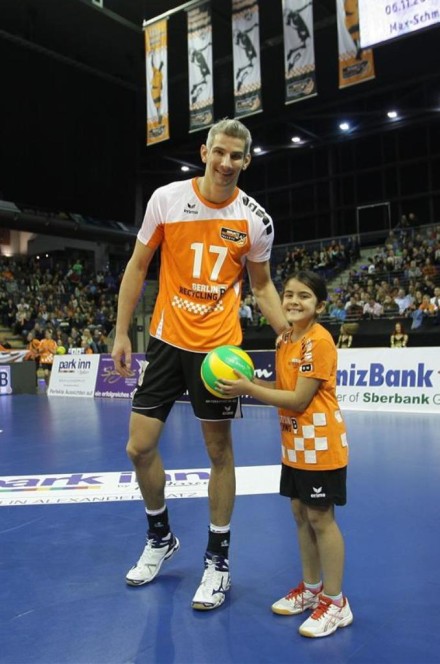 Last season Bontje won the bronze medal with his former team Jastrzębski WĘGIEL in the 2014 final round in Ankara.

Rob, you played the Champions League Final Four in Ankara last year. How did you experience the event?

“Well, the road to qualify for the Final Four was already great and when the weekend of the tournament finally arrived, it felt incredible. When you play the Final Four it feels like there is no bigger competition. The excellent organization, the continent´s best teams coming together … experiencing that was really special.”

What does it mean to you playing the Final Four for the second consecutive time?

“The situation is somewhat different this time, since we did not qualify by our team performance. Nevertheless I am super excited and the Final Four held in my new hometown Berlin makes it even better. The tournament can be compared to the biggest events like the European championships or the final round of the World League. It is two days of volleyball at the highest level. I count myself very lucky being allowed to experience that again.”

Why is Berlin the right place for hosting the Final Four?

“The Final Four takes place in Berlin thanks to the club´s perfect organization. Everything is just like you want it to be. Kaweh Niroomand and the whole management are doing a great job, in everyday business – just as currently preparing the Final Four. Also the city of Berlin backs the club and is an important support. And not forgetting the Max-Schmeling-Halle with so many spectators, who always support us that well. I really enjoy playing there.”

What are your expectations on the Final Four?

“We know that it will be two extremely difficult days but we also know we do have a chance. We are working well together as a team by now and during the next weeks we will continue working intensively to get even better. I am curious which other teams will qualify. It would be nice having different nations coming together, teams from Russia, Poland and Italy. It would be a colorful party with lots of different fans.”

Is there anything you want to tell your fans?

(laughing) “Hurry up, otherwise the tickets might be sold out soon. But honestly, I think that everyone who is able to attend the event should be there. The Final Four is a special event not only for those who like volleyball but for everyone who is interested in sports. I am looking forward to a packed Max-Schmeling-Halle and a terrific atmosphere. No matter what, our team will have two big matches and we promise to give off our best.“

PHOTO OF THE DAY: Rexona stars together on Carnival

BRA W: Thaisa and Adenizia participated at Carnival in Rio