Rouzier for WoV: “After we beat Brazil we realized everything was possible!”

“France didn’t have enough strong matches before F6”, “They are limited team”, “Brazil will sweep them at home soil”… those were some of the thoughts of pessimistic fans around the world before the Final Six in Rio de Janeiro. But, Rouzier, Ngapeth, Tillie & Co. proved them wrong! France took historical gold medal in World League and beside MVP Ngapeth, Rouzier was another important link for “Les Bleus”. The opposite was the best scorer of France at F6 with 77 points (19.2 per game). We wanted Rouzier to evoke these recent memories from Rio… 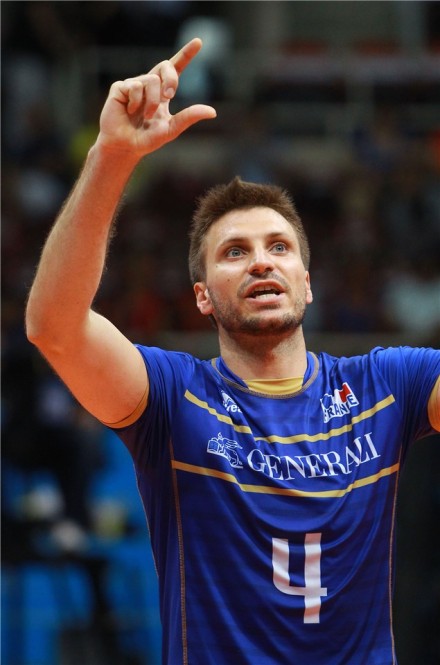 How does it feel to beat Brazil in their country in front of their fans and do you think it was a turning point for your team on the Final Six?

“Definitively yes, it was a very important moment for us in the tournament. We realized that if we were able to beat Brazil in front of all their fans, everything was possible. I’m very proud of it, we played our best volleyball on this game and we deserved this victory.”

In your opinion, what was the quality that separated France from other teams on F6?

“It was our team spirit. We are all like one, on and off the court, and I think that it made a huge difference.”

Since you was the best scorer of France in three out of four games on F6, would you say that those were your best performances since you play for France?

“They were clearly some of the best, although I’ve performed in other competitions with the national team before. Of course, it’s such an accomplishment for me to finish the competition as the best scorer of the Final Six, but I keep going to give my best on the court in every competition.”

You often post funny pictures and videos of you and your teammates on social networks? Would you say that you are the main prankster in the national team and who else likes to joke there?

“As I told you, we are like friends and the most of all, we like to share our volleyball experience with all the fans that follow us on the social networks. Everybody likes to make joke in this team, there’s a time for it and a time to be serious and focused. But don’t you worry, the team #yavbou still has a lot of ideas for pictures and videos to share with you guys! Stay tuned!” Rouzier finished an interview for WorldofVolley in his style.

Check out Rouzier’s Facebook and Twitter profile and see many interesting posts about him, French team and volleyball in general.