Zhana Todorova was part of Maritza Plovidv's great success at the beginning of 2017/2018 season. 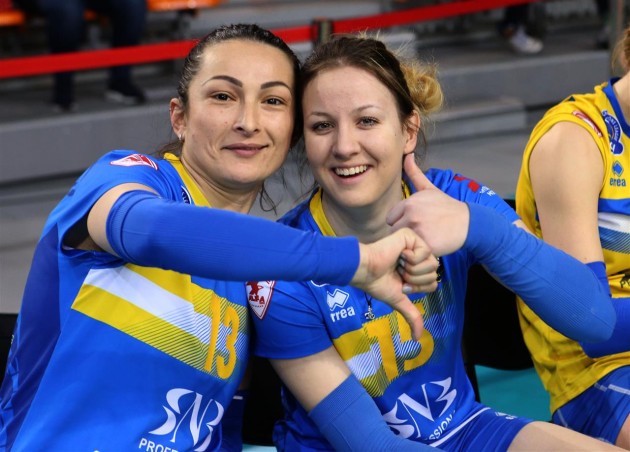 They’ve managed to make a huge comeback against Enisey Krasnoyarsk and to advance to the CEV Champions League group stage, which was an incredible result for the Bulgarian side.

Maritza became the first-ever Bulgarian female club to compete in the CEV Champions League. So, how do you feel to be the part of the team that achieved such a historical success this season?

“I feel proud to be part of this team. The way we qualified for the group stage of the Champions League was very emotional. We lost the first match at home and in Russia we were down by two sets and we made an incredible turnaround and won the Golden set.  I am happy for having the chance to compete with the high-level teams.”

How did you and your teammates feel when you were welcomed by the fans in home country after securing the place in the 2018 CEV Champions League?

“The fans made for us an incredible surprise when we came home. The most exciting was one song for our team made by one our young fan. I want to thank all of the people who believe that we are on the right way.”

Maritza lost all games in the CEV Champions League so far, but which are the most important things you and your teammates learned from playing in this tournament that could help you in the future?

“It is an irreplaceable experience for our team to participate in this tournament. After losing a game we are thinking what should we have done differently and where do we need to improve in order to be better next time.”

Being awarded Best Libero in the 2017 FIVB U23 World Championship means your career is on the right path. What are the things you need to improve to raise the level of your play even higher?

“I believe that an athlete can improve at any age and aspect but can’t be perfect. I learned that setting goals gives you a target to fight for and adds a motivation while trying to achieve them. The most important step of figuring out how you’re going to reach those goals is by breaking them down into achievable steps.”

We are pretty much sure that you have set some volleyball goals – can you share some of them with us and our fans?

“My goals are simple. I want to feel pleasure playing my favorite game and after every match, I want to know that I gave the maximum for my team.”

Is there any specific league you would like to play in the future?

“I think the Turkish and the Italian league are the best so I would be happy to play there in the future, I will discuss with my manager Tunc Afsar when my season finishes, now I do my best for Maritza,” says Zhana Todorova for WorldofVolley.