The Slovenian Matjaž Hafner belongs to the group of highly perspective volleyball coaches in Europe. The former assistant coach of Slovenia women’s national team and female club Nova KBM Branik got his first real chance as the head coach by an Austrian men’s powerhouse SK Posojilnica Aich/Dob. It paid them off as he led the club, in his third season at the helm, to the first-ever international trophy – the 2017/18 MEVZA cup. 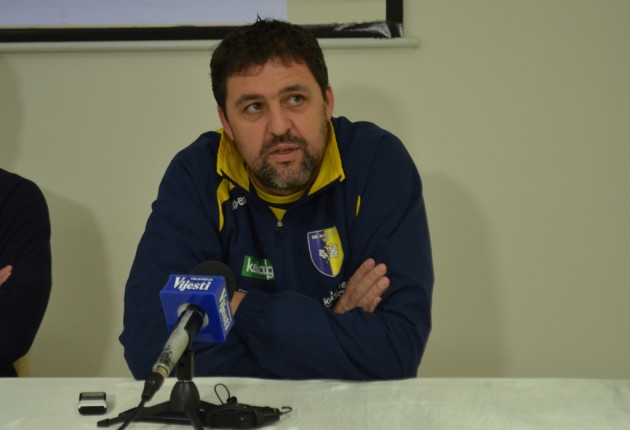 How do you feel as a coach who led Posojilnica to their first-ever international trophy and what does this success mean to you personally?

„This is really big success for me and also for the club. I feel very happy that we managed to win MEVZA league in front of a home crowd. This is my first trophy as the first coach, so it is really special. I won women MEVZA cup as an assistant coach with OK Nova KBM Branik Maribor,” a 45-year-old expert Matjaž Hafner stated to WorldofVolley.

What is your point of view on the quality of the MEVZA cup?

“The quality of MEVZA cup is better than in national leagues of participating teams. The teams that play MEVZA cup are professional, so the level of the league is getting better every year. It is hard to get to the Final Four of MEVZA cup.”

“I think it is important, but at the end, the most important thing for the clubs is the national league. Matches are mostly on a higher level than at home, so the teams can improve themselves, players, too. It would be even better if for example winner of MEVZA cup could get a spot in CEV Champions League. The teams would then have even more interest to play MEVZA, maybe some other nearby countries would have the interest to play the league. For Posojilnica, it is very important because, in MEVZA, we have better and more difficult games than in Austria.”

This is your third season in Posojilnica, so how would you describe the quality of the Austrian league?

“Yes, it is. The quality of the league is not so good. There are just two professional teams in the league, two semi-professional teams, while all other teams are amateur teams, so they have payers in the team who are employed or are students and train three or four times per week.”

What are the key reasons for Posojilnica to not make a better result in the national cup and CEV Cup this season?

“In the national cup, only Austrian players are allowed to play, so our second team played the cup. In the CEV Cup, we came to the 8th final and lost against Lindemans Aalst from Belgium. They were a better team, but we mostly lost because we didn’t have a lot of matches of this kind of level before. They have more difficult matches in the league and they are used to face hard situations during the match. In our league, no matter how we play, we win almost every match.”

How much did Austrian league lose with the decision of Hypo Tirol AlpenVolleys Haching to play in Germany?

“The league lost one more professional team and a candidate for the CEV Champions League. For us, it would be better to play more good matches, but I understand them. The league would be much better with Tirol.”

Posojilnica are dominant in the Austrian League this season. Is the national title close or is it still too early to say this?

“It is definitely too early. First, we have semifinals and then, we will think about the finals, when we get there. We’ve already lost some sets in the Austrian league and also, we have lost two times against Waldviertel, one time in MEVZA and one time in the league. So, we have to be really focused and prepared for the last month of the season,” Hafner concluded.

ITA M: Modena won’t have easy job to keep Bruno for next season

BUL M: He would do everything for...

Brakočević for WoV: “Neither club or country...