Croatian volleyball players for the 2021 EuroVolley will fight in Zadar

The first days of the year ahead will begin with volleyball thrills. 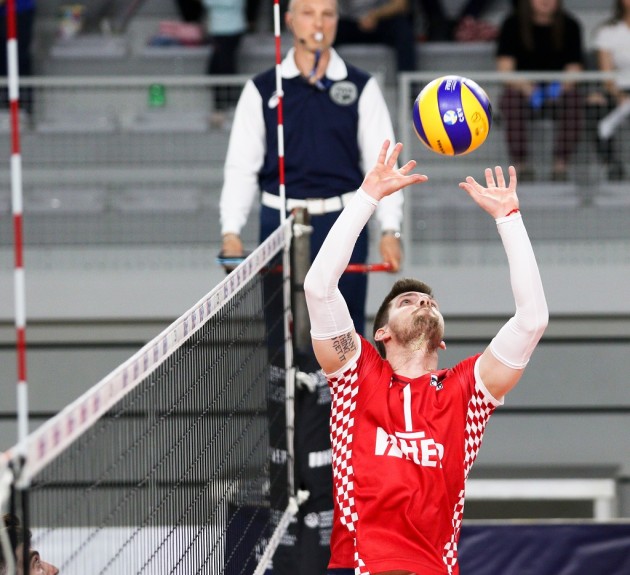 The Croatian men’s volleyball team will be looking for a place in the 2021 European Championships on the floor of the Zadar Višnjik Sports Center. The first round of the qualifying tournament will be held in Zadar in the Krešimir Ćosić Hall from January 8 to 10 next year. Emanuel Zanini’s selectors compete in Group A, which also includes the national teams of the Netherlands and Sweden. This tournament will surely be another excellent promotion of Zadar and Croatia as recognized sports destinations.

“We are definitely expecting a place in the European Championship, where we have not competed since 2015. I hope that we will play well and that we will all gather healthy and ready. It means a lot to us to play the first round in Croatia since we are at home. We are in Zadar for the first time. I’m looking forward to it because I’ve heard great things about the city and Višnjik! ” – points out the captain of the Croatian volleyball team Tsimafei Zhukouski.

The Croatian national team in Zadar has a chance to take a big step towards the European Championship, but Tsimafei is aware that they have an easy task ahead of them: “We have already played in big competitions with the Dutch and I can say that we have had a positive result against them a national team with a great tradition. Their players play in the biggest leagues and it will be difficult, but also very interesting. Our second opponent is Sweden, they are a kind of an enigma in our group, but of course, we will not underestimate them and we will give our maximum and we will certainly be ready! ”

This competition is just one of the many volleyball thrills that will take place in Zadar in the months ahead. MEVZA U18 (W) and U19 (M) will be held from 28 to 30 December, MEVZA U16 (W) and U17 (M) from 8 to 10 January, in May and June the European Women’s Gold League and the European Men’s Silver League, FIVB Challenger in June and European Women’s Championship in August.