INTERVIEW: Linus Weber for WoV – “Friedrichshafen is a great place for me to show all I’ve got”

There is no place like home. That can be said in this Linus Weber’s case, a man who returned home after playing one season abroad. 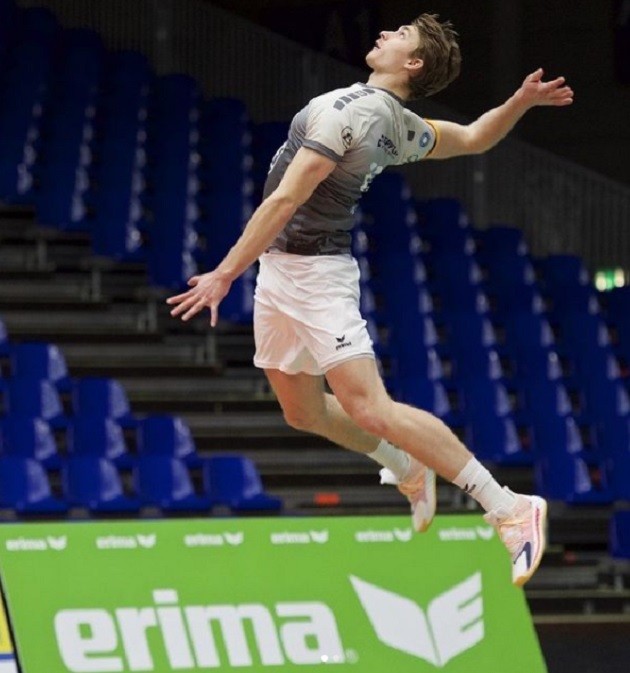 And he is doing great. After more than a half of the season, we have witnessed his huge development as a player in Friedrichshafen. We can say he is on the right way to become a great volleyball player in the future.

You are playing in Germany again. What are your impressions about this season so far?

“After I decided to sign the contract with Vfb Friedrichshafen I felt very confident. I knew that this would be a great chance to show what I’ve learned during this one season in Italy. For me, it felt more like a homecoming and I was very happy to be close to my family and be back in my usual environment. But when we started our pre-season in Friedrichshafen it wasn’t sure that I’ll be ready to play as a starting player until I was elected two times in a row as MVP after our first two matches. After that, I played every game, except two games because of a light back injury, as a starter. From this moment my position in my new team was clear and I achieved another eight MVP titles. Besides my performance, we’ve won with Friedrichshafen till this interview 15 out of 16 games in the main round of the German Bundesliga and are currently in the first position of the table. When I decided to go in my first season as a pro volleyball player to Milano a lot of people said that this would be too early for me and that I’m doing a huge mistake. But now I can say that I proved them wrong because I’ve improved both as a volleyball player and as a human. I came back stronger than before and ready for new challenges,” says Linus Weber at the beginning of the interview for WorldofVolley.

Are you afraid that COVID 19 might interrupt the season at some moment?

“Eventually I’m not afraid of that anymore. I experienced it once and now I’m aware that it can happen again. But I’m confident that we’ve learned and that we’ve created a lot of good solutions to make the best out of the situation.”

In the last season, you played in Italy. How would you describe your journey there?

“When I came to Milano I knew that this would be a hard and big step for me. Besides, to go in my first season as a pro volleyball player in one of the strongest leagues in the world, I had to adjust to a foreign country, which means a new language, new culture and a completely unknown environment. I also knew that I won’t see the court too often because the first opposite was Nimir Abdel Aziz, who is regarded to be the best opposite in the world at this moment. So, I focused on practice, working as hard as possible and learning from one of the best and also surviving alone in a new country. But I recognized fast that I was getting more and more used to my new environment and that I was doing every week another step forward.” 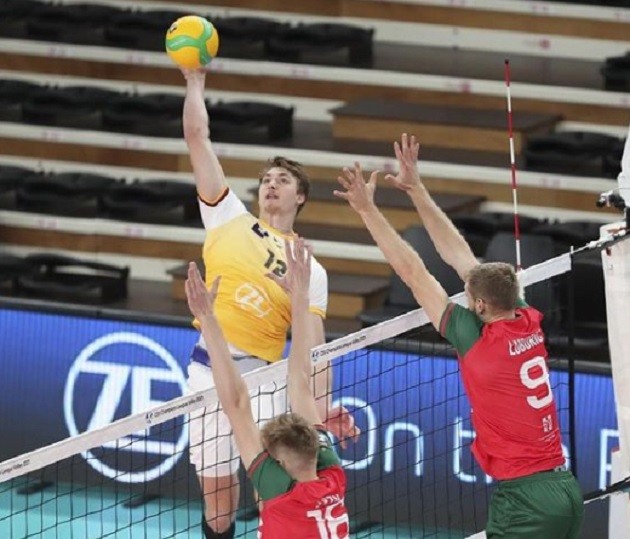 Since you are a 21-year old player, you have many volleyball dreams?

“First of all, I would like to finish this season successfully with my team and fight for the win of the championship title and to complete the group stage of the Champions League as well as possible. In the long run, my big goal is to establish myself as a regular component in the national team and qualify for the Olympic Games. Also, I am working hard on my way to the top international level, all under the premise of staying healthy and being able to experience a long and successful career.”

If someone asks you to tell him your biggest advantage in volleyball, what will you say?

“My biggest advantage is my physical power. I’m not the most technical player but I can jump high, hit hard and fortunately I’m doing this good enough. Also, I take good care of my body. I also think that I’m mentally very strong and I give everything to reach my goals.“

What was your best moment of the career so far?

“The best moment of my career wasn’t a particular event like the 2nd place at the European Championship 2017 or to win of the German Championship 2019, because in all of these competitions I didn’t have a lot of impact or responsibility. It was more the moment when I realized that I really could be a professional volleyball player and I just have to work hard enough so I can follow my passion for playing volleyball.”

What are you doing when you’re not playing volleyball?

“The most of my free time I spend by trying to be fairly an okay chef, I like to cook healthy and give my body a good treat. In a life without COVID, I usually like to explore the nearby cities and nature together with my wonderful girlfriend and of course meet with friends to enjoy the quality of the German beer. This isn’t possible right now, so I just stay at home, read the newspaper and stay updated with what is going on in the world outside.”

SRB W: Rašić pauses on her career at end of season

INTERVIEW: Ramazan Yildirim – “We are aiming...