It has been suggested to me that volleyball fans in North America might not understand exactly how European sporting leagues work and could appreciate an explanation.

Thanks for the suggestion, Jim, I thought I would give it a go. 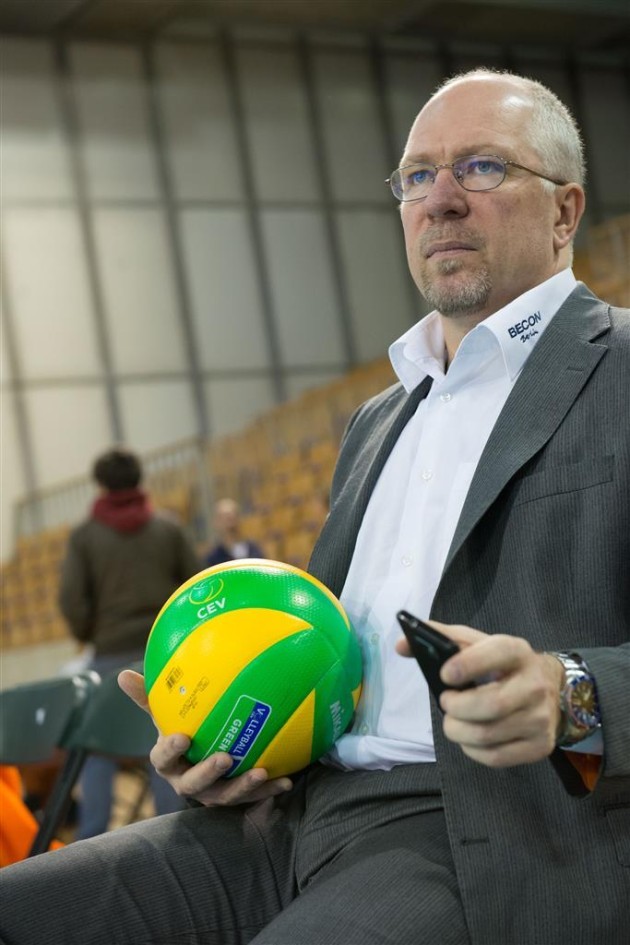 Nomenclature – Many people call these leagues ‘Pro’ Leagues. I do not. There are two reasons for this. The first is that Europeans (and indeed nearly everyone outside North America) do not differentiate between amateur and professional. The difference between not being paid and being paid is the level. Being paid is the norm and it doesn’t exclude you from anything. The second is that the term ‘pro’ implies a level of structure and organisation that for the most part just does not exist. As a well known US player agent advises his players “When you leave college, you are leaving the most professional situation you will ever be in”.

In Europe, there are typically three types of competition. Confusingly, these competitions run concurrently, meaning teams can go back and forth multiple times during the season.

The League – European leagues is based on a pyramid structure with multiple divisions. The lowest, the 7th, 8th or 9th division, is more or less competition between suburbs. There are dozens of these leagues. As you rise in levels, the region that is played in gets bigger and the number of teams gets smaller until you get to the top division in each country which is national, that is one division covering the whole country. Between each division there is promotion and relegation. It is theoretically possible to start a team in the lowest division and in 8-10 years reach the highest level. Indeed, it is not possible to simply enter a team in the top division. You have to follow the process, although in practice, there are some ways around that prerequisite. In some countries the top division is fully or partly (meaning players also work or study part time) professional. In some countries, actually most, clubs can have a few professionals (usually foreigners) with the rest of the team filled with part time locals. The same follows with coaches. In bigger leagues they are full time professionals, but in the majority of cases they are part time, coaching several teams at the club, or with a completely separate job.

The champion is decided after a playoff process. Most commonly, the top 8 teams start with quarterfinals. Playoff series can be Best of 3, 5 or, less often, 7.

Clubs will often have multiple teams which play in different divisions. There is no free movement between those teams. Once the season starts players can move up, but not down. In addition, clubs have junior teams that play in separate junior competitions and may also represent the club in a lower division.

The Cup – The traditional cup format as in the football / soccer FA Cup is a nationwide knockout competition starting with the lowest divisions, with the top divisions joining in at some point. It is very popular because it is a competition in which the lowest part timer competes with the world’s best in the same competition. In volleyball, this format has been bastardised to some degree with the cup being restricted to certain levels. Germany is one country that retains the traditional, nationwide format. Whatever the qualification process, at some point the Cup still retains the knockout format, and the Cup Final is normally the biggest single event in the volleyball calendar for each country.

Europe – In addition to national leagues and cups, there are also Europe wide competitions organised by the European federation (CEV). The most famous of these is the Champions League. This is for the champion team of each country, although the top leagues can qualify up to three teams. Contrary to popular belief, this competition is not meant to determine the continent’s best team but contains a series of inbuilt compromises to balance quality and inclusion. Each country should have a chance to progress and no one country can be allowed to dominate. For example, it is common to see two Italy and one Russian team (or some similar combination) in the same first round group of which only one or two teams advance and another group with no teams from top countries. In addition to Champions League there are also minor competitions for the next levels of teams, CEV Cup and Challenge Cup. One major difference between volleyball and football is money. While in all sports European competition is highly prestigious, in many of them it is only prestige at stake. In football, European competition is a money spinner. In volleyball, it is a money drain. Clubs almost always lose money when they play ‘in Europe’.

TUR W: VakıfBank trample over Fenerbahçe in classic and secure no.1 for playoffs