Argentina, Brazil, Italy and Japan warm up for Junior WCH

Brazil, Japan and Argentina head to Italy on Tuesday for a friendly tournament in preparation for the FIVB Men’s Junior World Championship, which will take place in Turkey from August 22 to September 1. 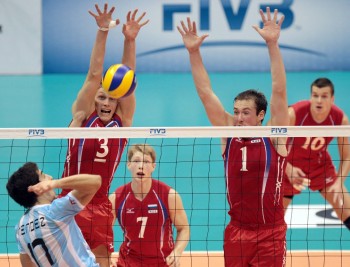 Brazil, who finished fifth in 2011, will play in the friendly tournament in Rome before heading to Izmir, Turkey on Tuesday-week to play in Pool D, alongside Russia, Italy, France and Venezuela.

Having already played Italy and silver medallists from the 2011 edition Argentina before in friendly matches, Brazil coach Leonardo Carvalho said it was important to face teams like Japan with different styles of play in the final preparation for the World Championships.

“Japan is the current Asian champion and certainly has a strong team,” Leonardo said. “It will be a good opportunity to experience a different style of play, which always presents difficulties.”

There are a total of four pools at the FIVB Volleyball Men’s U21 World Championship with hosts Turkey playing China, Egypt, India and Morocco in Pool A while Pool B – who, like Pool A, will play its matches at the Baskent sports hall in Ankara – includes Argentina (who are coming off a friendly tournament in Tunisia against the hosts, India and Russia), Iran, Japan, Mexico and Estonia.

The final weekend of the FIVB Men’s Junior World Championship will take place at Baskent Volleyball Hall in Ankara.

To read more news about this competition click on Junior World Championship 2013.