Twenty teams from all over the world will battle it out for glory as volleyball fever takes over Turkey as it hosts the FIVB Men's U21 World Championship that will take place in the cities of Ankara and Izmir from Thursday, August 22 until September 1 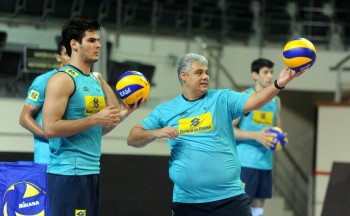 Most of the world powerhouses are available including the biggest two rivals Russia and Brazil, and Serbia whose squad includes seven players from their U19 side who won the Youth World Championship in Argentina two years ago.

Russia are the defending champions after their success in Brazil in 2011, their eighth in 11 appearances in the competition. They will face a double South American threat – from Argentina and Brazil – as well as from fellow Europeans Serbia and Italy.

Russia will face a greater challenge this year following the expansion of the format for this year’s Championship to 20 teams for the first time.

Four-time champions Brazil are the second most successful country at Men’s U21 with four titles and 12 medals in 16 editions.

The Baskent Hall in Ankara will host Pool A and B matches, while the Pool C and D matches of the tournament will take place at the Ataturk Volleyball Hall in Izmir.

ITA M: Goran Vujević – “We are working more on physics“