Lausanne, Switzerland, March 5, 2012 - In the first of a series in the run-up to the London 2012 Olympic Games the FIVB looks back at previous Olympic volleyball tournaments, starting with the very first one, in Tokyo in 1964. 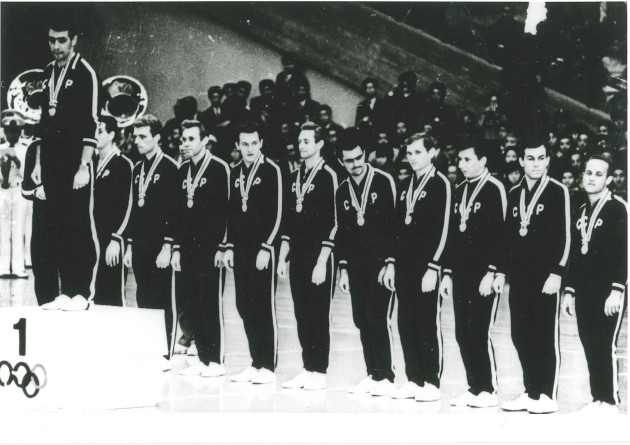 Recognised by the IOC as an Olympic sport in Sofia, Bulgaria in 1957, volleyball was officially included in the Olympic Games seven years later. In the beginning there were 10 men’s teams participating apart from 1972 in Munich where there were 12 teams and in 1976 in Montreal where Egypt’s withdrawal limited the number of countries to nine. Since Seoul in 1988 there have been 12 teams in the men’s competition.

The women, meanwhile started with six teams in 1964 before expanding to eight from 1968 to 1992 before increasing to its current participation level of 12 in 1996.

Volleyball’s debut at the Olympic Games was truly enthralling and the well informed Japanese spectators and TV viewers worldwide were enthusiastic witnesses.

The men’s competition was a three-way battle between USSR, Czechoslovakia and the hosts, with each beating the other: USSR beat Czechoslovakia, who beat Japan, who in turn beat the Soviets. Japan’s second defeat, by Hungary, relegated them to the bronze medal position, leaving USSR to take gold on points difference from Czechoslovakia, repeating the one-two finish of the 1962 Men’s World Championship.

The women’s tournament went as expected. If Japan could win the 1962 World Championship in Moscow, how could they not triumph at home? And so it proved. The USSR had been counting on the Olympic Games for a return to their gold medal-winning ways, but their team was no match for Hirofumi Daimatsu’s women. Indeed, in six matches Japan conceded only one set, to Poland who finished third. The Soviet women, who from 1958 to 1962 had been the dominant force in international competition, had to be content with the silver medal.

After the Games the Japanese women’s captain, 31-year-old Masae Kasai, was invited to meet Japan’s Prime Minister, Eisaku Sato, and during their meeting she confessed that, because of the difficult training regime for the Olympics, she had found it hard to meet any men. Sato insisted on helping her, and arranged a meeting with the man who later became her husband.

A total of 31 countries have competed in the 12 editions to date with only the Brazilian men’s team having featured in every one.

The list of men’s medallists is dominated by Russia (three gold, three silver and three bronze) although they have not stepped on to the top of the podium since 1980 while their female counterparts are equally prolific, topping the medal count with four gold and four silver medals.

In all 14 nations in the men’s competition and 13 nations in the women’s have received a medal with seven and five winning gold respectively, the latest being USA men and Brazil women in 2008.

Beach volleyball was inaugurated into the Olympic Games in 1996.

Liberos, here is the drill you should...

She is the most popular female volleyball...