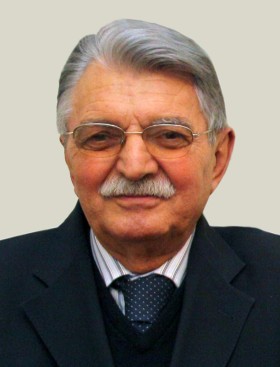 “Uncle Josa”, as he was nicknamed, enormously contributed to the development of the sport in the city of Subotica, in Serbia as well as in the former Yugoslavia.

Mostly through his work and passion, Subotica gradually developed its popularity and fame as Volleyball city being known across Europe.

Markovic will be remembered as a great man who always showed benevolence, kindheartedness and who always had a nice word for everyone he was working with.

With the death of “Uncle Josa”, Volleyball has lost a trusted associate, tireless initiator and a true friend.

All he did for Volleyball and sports in general shall remain a major legacy to future generations.

He was member of the VC Spartak Management since 1967.

He was member of the VC Spartak Board by the time their senior men’s team became Yugoslav champions in 1976 and finished third in the European Champions Cup back in 1975.

He was also a longtime President of the sports club “Spartak”.

Markovic received numerous awards including the “VFS Gold Plaque” awarded by the Volleyball Federation of Serbia, the “Jovan Mikić Spartak” award for his lifetime achievements, the “Spartacus” award, prizes presented by the City of Subotica and by the Subotica Sports Association, as well as many others.

The memorial service commemorating the death of Josip Markovic will be held on Saturday, December 24, at 11 am in the Town Hall of Subotica, followed by the interment at Cemetery Kersko.

Italy: Christmas on the road