Who is libero and what is his job? 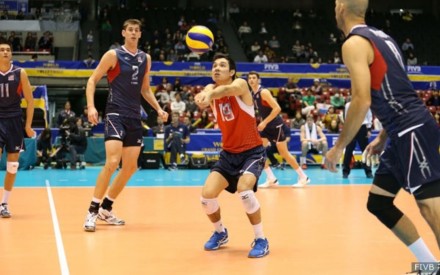 19.1 DESIGNATION OF THE LIBERO

19.1.1 Each team has the right to designate from the list of players on the score sheet up to two specialist defensive players: Liberos.

In FIVB, World and Official competitions for Seniors, if a teamhas more than 12 players recorded in the score sheet, TWOLiberos are mandatory in the team list.

19.1.2 All Liberos must be recorded on the score sheet in the special lines reserved for this.

19.1.3 The Libero on court is the Acting Libero. If there is another Libero, he/she is the second Libero for the team. Only one Libero may be on court at any time.

The Libero uniforms must be numbered like the rest of the team.For FIVB, World and Official competitions, the re-designated Libero should, if possible, wear the same style and colour of jersey as the original Libero, but should keep his/her own number.

19.3.1.1 The Libero is allowed to replace any player in a back row position.

19.3.1.2 He/she is restricted to perform as a back row player and is not allowed to complete an attack hit from anywhere (including playing court and free zone) if at the moment of the contact the ball is entirely higher than the top of the net.

19.3.2.1 Libero Replacements are not counted as substitutions.They are unlimited but there must be a completed rally between two Libero replacements (unless a penalty causes the team to rotate and the Libero to move to position four, or the Acting Libero becomes unable to play, making the rally incomplete.)

19.3.2.3 At the start of each set, the Libero cannot enter the court until the 2nd referee has checked the line-up and authorised a Libero replacement with a starting player.

19.3.2.4 Other Libero replacements must only take place while the ball is out of play and before the whistle for service.

19.3.2.5 A Libero replacement made after the whistle for service but before the service hit should not be rejected; however, at the end of the rally, the game captain must be informed that this is not a permitted procedure, and that repetition will be subject to delay sanctions. 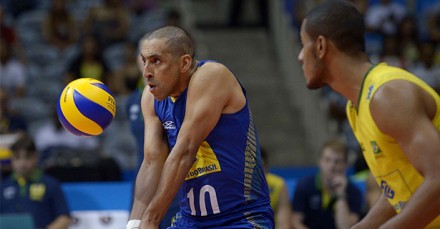 19.3.2.6 Subsequent late Libero replacements shall result in the play being interrupted immediately, and the imposition of a delay sanction. The team to serve next will be determined by the level of the delay sanction.

19.3.2.7 The Libero and the replacing player may only enter or leave the court through the Libero Replacement Zone.

19.3.2.8 Libero replacements must be recorded in the Libero Control Sheet (if one is used) or on the electronic score sheet.

An illegal Libero replacement should be considered in the same way as an illegal substitution:

should the illegal Libero replacement be noticed before the start of the next rally, then this is corrected by the referees, and the team is sanctioned for delay;

should the illegal Libero replacement be noticed after the service hit, the consequences are the same as for an illegal substitution.

19.4 RE-DESIGNATION OF A NEW LIBERO

19.4.2.1 When only one Libero is available for a team according to Rule 19.4.1,
or the team has only one registered, and this Libero becomes or is declared unable to play, the coach (or game captain if no coach is present) may re-designate as Libero for the remainder of the match any other player (replacement player excepted) not on the court at the moment of the re-designation.

19.4.2.2 If the Acting Libero becomes unable to play, he/she may be replaced by the regular replacement player or immediately and directly to court by a re-designated Libero.

19.4.2.3 The coach, or game captain if no coach is present, contacts the second referee informing him/her about the re-designation.

19.4.2.4 Should a re-designated Libero become or be declared unable to play, further re-designations are permitted.

19.4.2.6 In the case of a re-designated Libero, the number of the player redesignated as Libero must be recorded on the score sheet remarks section and on the Libero control sheet (or electronic score sheet if one is used.)

19.4.3.1 Where a team has registered on the score sheet two Liberos, but one becomes unable to play the team has the right to play with only one Libero.
No re-designation will be allowed, however, unless the remaining Libero is unable to continue playing for the match.

If the Libero is expelled or disqualified, he/she may be replacedimmediately by the team’s second Libero. Should the team have only one Libero, then it has the right to make a re-designation.

WL 2016, Live from Krakow: Marechal – “No Atanasijevic, but Luburic is a threat as well”

WL 2016, LIVE from Krakow: Hosts are down! Serbia advance to semis with block & serve play

Packed competition schedule for Asia in 2012