The presidents of the five FIVB continental confederations presented their respective reports to the World Congress on Wednesday afternoon with remarkable results for the period of 2010-12. 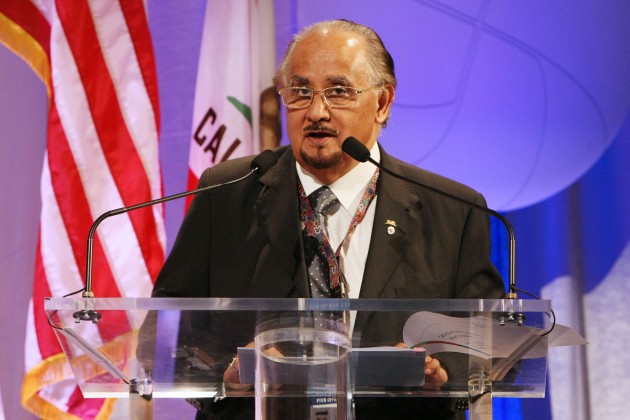 Dr Amr Elwani of Africa, Dr. Saleh Bin Nasser of Asia, Mr André Meyer of Europe, Mr Cristobal Marte Hoffiz of NORCECA and Dr Ary Da Silva Graça of South America each commented on the progress achieved during the past two years in their respective regions.

Most of them pointed out to the big steps taken in the field of development of their national federation categories I and II, to go along with the growth of beach volleyball and the organization of mass volley events to promote the practice of the sport.

Dr Elwani informed that during the past two years, Africa organized a total of 51 national and zonal courses while 138 referees officiated in the beach volleyball competitions and 40 national federations took part in the continental cup towards the Olympic Games.

Dr Bin Nasser called the attention of the delegates to the fact that 48 out of 65 AVC members are in the lower categories and thus the organization of mass volley events are one the main objectives. Volleyball Festivals were celebrated in countries like Maldives, New Zealand, Laos, India, Pakistan, Afghanistan and China. He also commented of the first beach volleyball development centre about to begin operations in Dubai.

Mr Meyer commented on the success of the qualification volleyball competitions towards the Olympic Games where 31 men’s and 27 women’s teams registered and expressed his satisfaction for the fact that 15 men’s and 14 women’s teams from Europe qualified to the beach volleyball tournament of the London Games.

On the other hand, Mr Marte Hoffiz informed that NORCECA already began the qualification process towards the 2014 FIVB World Championships with a total of 16 tournaments scheduled for 2012 with 12 of the completed. He also remarked the organization of events in different age groups tournaments in the different zones within NORCECA.

Finally, Dr Da Silva Graça pointed out to the success of the Continental Cups not only in South America but around the world which allowed to more than 140 to participate in the beach volleyball qualification process towards the Olympic Games opening the sport to more countries and bringing more equity to the discipline according to the Olympic principles.

ARG: Mini Volleyball Festival for all in Chapadmalal