After winning the first-ever title at the FIVB Club Men’s World Championship in 2009, a year later Trentino managed to do it again! 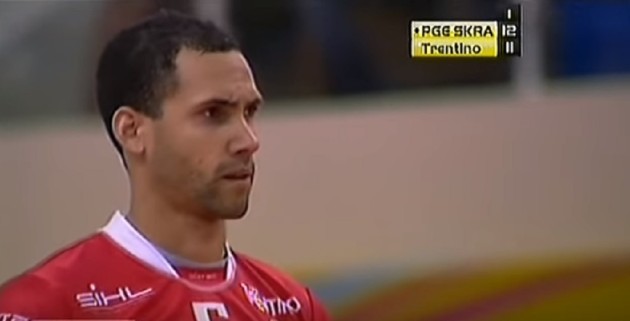 At the position of outside hitters, Trentino had two stars: Matey Kaziyski and Osmany Juantorena! The opposite was Jan Stokr, while at the bench was Tsvetan Sokolov. Two Brazilian players also were part of this team – Raphael Vieira de Oliveira (setter) and Riad Garcia Pires Ribeiro (middle blocker). The second middle blocker was Andrea Sala while Andrea Bari played as a libero. Other players were: Nicola Leonardi, Dore Della Lunga, Lukasz Zygadlo, Massimo Colaci. Also, in a 14-man roster, there were two more players: Emanuele Birarelli and Valentin Bratoev.

It was the dream team definitely.

You can view the rosters of Trentino or any other teams in our database.  To have access to this information and to use the profiles’ database – GET A SUBSCRIPTION!

No look spike by the Lycurgus’ player (VIDEO)