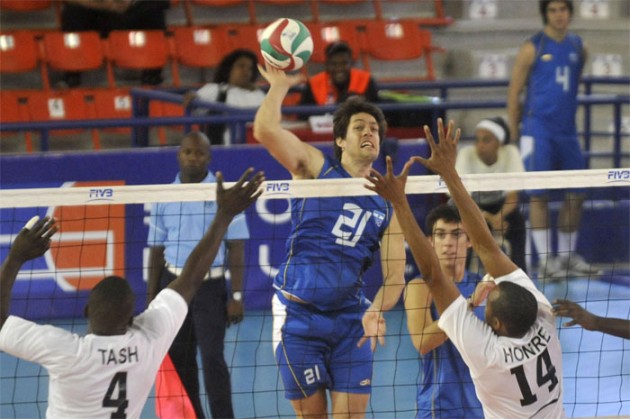 The winner’s offense was led by Mariano Giustiniano with 16 points followed by Gonzalo Quiroga (15) and Gonzalo Lapera (12) while the Trinidadian Marc Honore was the only on his side in double figures with 15 points.

Fabian Muraco, leader of Argentina, expressed his disappointment over the loss of the third quarter despite the victory.

“If yesterday the Dominicans showed maturity to prevent the same from the opponents, my players showed their youth today”, he said. “We can’t have that luxury tomorrow because we play the home side and if we don’t play at one hundred percent we put on risk the chances of success.”

Gideon Dickson, the coach of Trinidad & Tobago since 2004, noted that “the Argentineans played with a capacity that goes beyond their ages. We learned from the way they played and I hope my team can improve I the remainder of the tournament.”

Nolan Tash, the captain of Trinidad, congratulated Argentina “for their team work and especially their captain Mariano Giustiniano, for prominently assuming his leadership, while we failed to discipline our tactics.”

Meanwhile, Giustiniano acknowledged that “it is hard for us to maintain the level throughout the game. That’s what happened in the third set, but we are happy because we won a game that became complicated.“

NORCECA M: United States did not give any break to Mexico