Marcos Milinkovic, former captain and opposite of the national neam of Argentina, had its deserved tribute held at „Luna Park“ hall in Buenos Aires with the presence of his family, friends, former teammates and big volleyball names, along with stars from other sports and celebrities who joined the farewell of the „Number 1“. 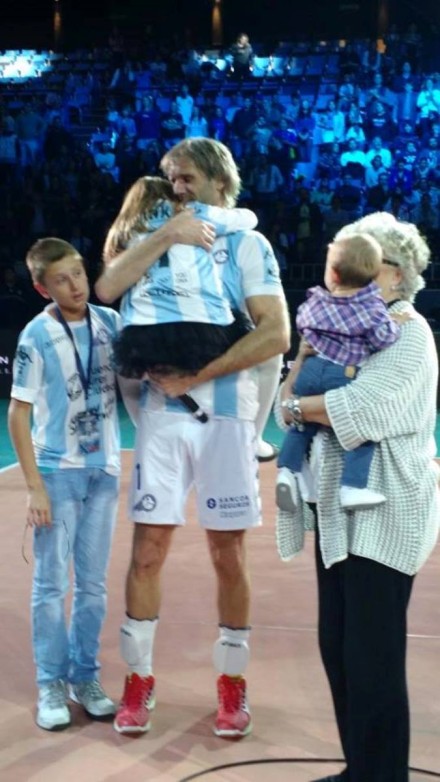 An exhibition between Argentina and Brazil, which was won 2-1 by the Argentine team, was only a prelude to paying homage to one of the best players that this country gave to the world.

Before the game, Milinkovic received several platelets in recognition of his career.

In a closing ceremony, Milinkovic expressed his gratitude, appearing on the court with his mother and children. The tears were inevitable…

„With this I fulfilled a dream to join friends and colleagues of a generation that gave joy to this sport and put volleyball among the most watched sports in Argentina. With this happening here in Luna Park, where I lived many beautiful moments, it’s the icing on the cake. Thank you all for coming and I will see you all again,“ Milinkovic said.