After losing last week at the tie-break to Prosecco Doc-Imoco CONEGLIANO, Azeryol BAKU will play once more the Italian rookies in the fourth round of the 2014 CEV DenizBank Volleyball Champions League – Women. The re-match is coming up on Tuesday in Azerbaijan’s capital city. 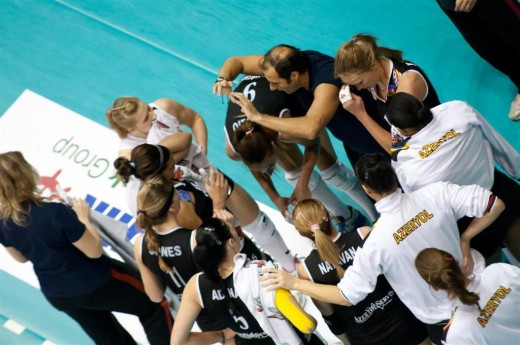 The victory is a must for Azeryol especially as they were assigned to a very tough Pool that also includes the likes of Turkey’s Galatasaray Daikin ISTANBUL and last year’s bronze medallists Unendo Yamamay BUSTO ARSIZIO.

“I was very disappointed with our defeat in Italy; we were leading twice but eventually lost at the tie-break” says the Brazilian mentor of Azeryol, Angelo Vercesi. “Anyway, we have to prepare for this second game here in Baku. It is going to be very tough and my players are fully aware of that.”