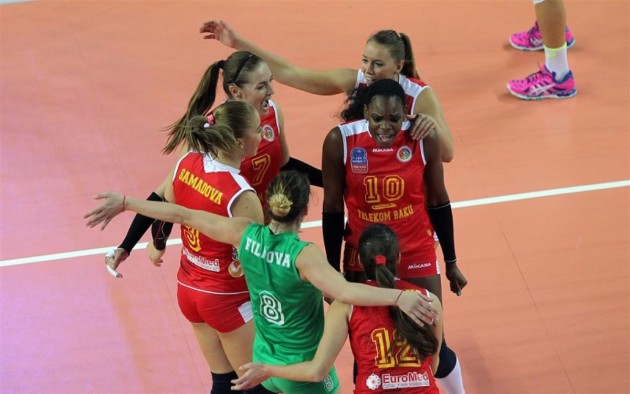 On the wings of Game 1, Telekom opened Game 2. They won the first set to become one step closer to the finals. But, Lokomotiv took the second set. Still, the side of Serbian coach Zoran Gajić was more powerful in the third set. Persistent Lokomotiv equalized for the second time in the match and moved it to the tie-break.

Drama was seem in the decisive set in which Telekom prevailed 16-14 and secured spot in the gold medal series while Lokomotiv will fight for the third place.

Game 2 of other semifinal pair was also intense and finished after tie-break. Azerrail Baku, who had 1-0 in series, took the first set, but Azeryol Baku made full turnaround and, despite losing the fourth set, established dominance in the fifth 15-13.

Thus, the third game will decide the second finalists and it will be played on March 30 with Azerrail being hosts.