Lokomotiv BAKU keeps an immaculate record in the prelims of the 2013 CEV Volleyball Champions League – Women by edging Bank BPS Fakro MUSZYNA 3:2. Lokomotiv BAKU tops the tables of its group with 10 points followed by Dinamo MOSCOW of Russia with eight. 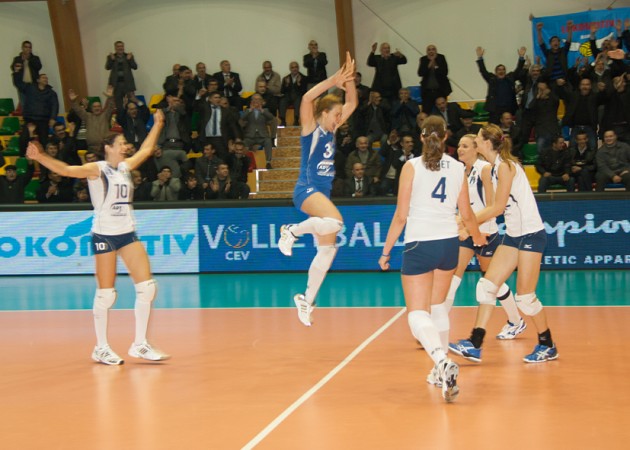 Lokomotiv opened by claiming the first set but MUSZYNA fought back in set 2 as the hosts were lacking consistency especially in attack. Aneta Havlickova and Tatiana Artmenko restored the clear supremacy of the home side in set 3 but after a very close fight, MUSZYNA could call for the tie-break enjoying a splendid final rush in the fourth section of the game. Lokomotiv was passionately supported by the local audience and could eventually dominate the scene in the deciding set for the final 3-2.

“This was a tough game and not easy to bring home. I congratulate my players on this important success and hope we’ll stretch our positive series also in the next round as we go to Russia to play there Dinamo” said Lokomotiv mentor, Italian-born Giuseppe Cuccarini.