Unilever defeated Volei Amil 3:1 (22:25, 25:22, 25:11, 25:22) in this round of the Brazilian Superliga. Bernardinho played with Logan Tom in the second set, and that decided the game. Sarah Pavan scored 19 points. For more latest volleyball news visit worldofvolley.com 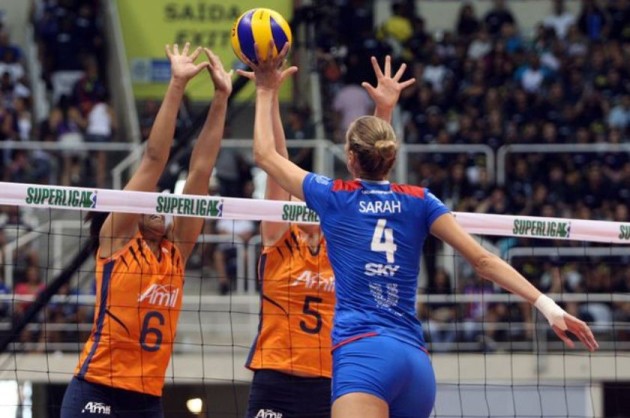 Bernardinho‘s team lost the first set, and then he decided that Logan Tom should enter the game. She was largely responsible for their comeback.

Volei Amil started the second set well, but Logan Tom gave confidence to her team and Unilever managed to win the second set. This affected Volei Amil’s players who were easily defeated in the third.

The fourth set was more equal, was played point for point until the very end, when Unilever‘s attackesr took the matters in to their hands and won.

Sarah Pavan was consistent as usual, this time she had 19 points. Regiane who replaced Natalia had 12 points.

Logan Tom showed that she is a tru professional, and she didn’t mind starting from the bench. She showed the coach that he must count on her tallent.