Juciely Cristina da Silva who had a good game for Unilever against Volei Amil, hopes to play for the Brazilian national team in the Rio de Janeiro 2016 Olympic. Ze Roberto praised her game. 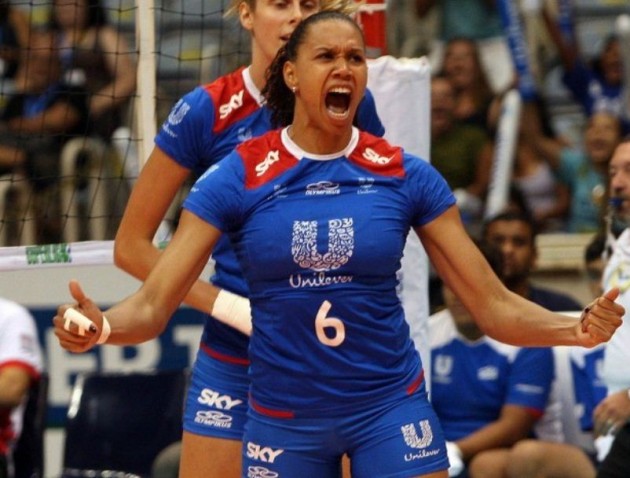 “Juciely has been playing very well. She led the comeback in the second set, helped her team to overcome the difficult moment in the match” Ze Roberto said.

“The team needed to get out of this difficult situation, when we were under pressure. We showed our resilience and bounced back. We knew the game was going to be tough. In the first round they had lost at home. And this game brought together two great coaches, two great tacticians. What we saw was an equal game, except for the third set” Juciely said.

New Olympics cycle is starting. The Games will be held in Rio and Brazil has a chance to make history by winning it for the third time.

“If the opportunity arises and I can be there, it would be great. This is my big dream! I was very sad to be out of London. To compete in the Olympics is the dream of every athlete. The choice was made and it was the best. There were the 12 that should be and they deserved it. Adenízia was better at that time and the selection was good. I really was happy for their success, it thrilled me and I felt a little like I was with them there” she finished.

Brazil dropped out of participation in 2015...