Volei Futuro got to its second home win this season. They defeated UFJF 3:1 in this Superliga match. Futuro reaches seventh place with 22 points, UFJF is now tenth with 15. Volei Futuro faces Campinas, UFJF meets RJX in the next round. 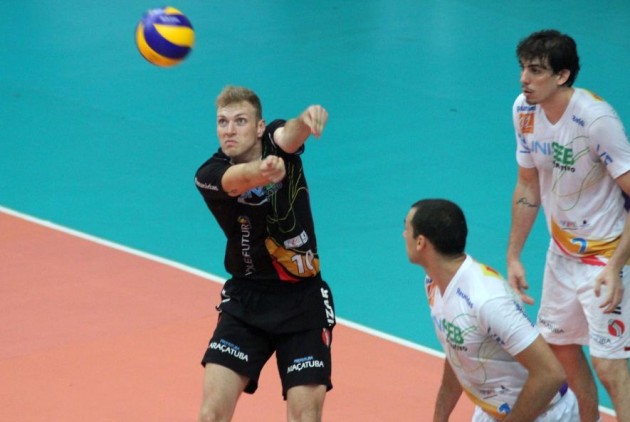 UFJF began pressing in the first set, opened a six-point lead. Futuro reacted, but was defeated by 25 to 23.

In the second set it was another match. Volei Futuro started well and opened 19-13. Without further difficulties, closed with 25 to 17.

The game went back to being balanced in the third set. Point-to-point was played for almost the entire period, the home team closed at 26-24 leading 2 sets to 1.

The last set also was very balanced. The biggest advantage was for Volei Futuro with two point difference. Only at the end, the home team opened a four-point gap and closed with 25 to 20.

Volei Futuro faces Campinas, UFJF meets RJX in the next round.