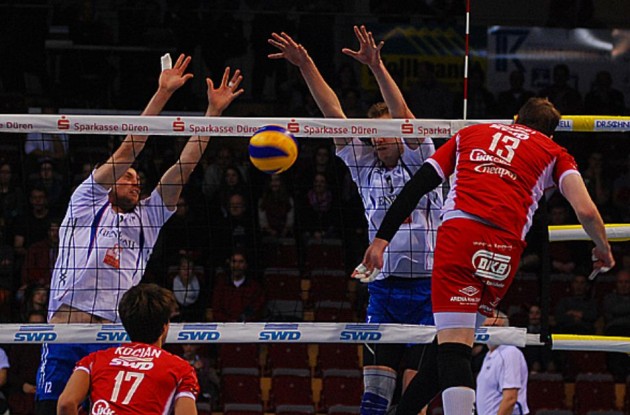 “We could have decided the first two sets in our favor” said the annoyed captain Jaromir Zachrich. And his coach Michael Mücke added: “We’re not disappointed, but if you are in the final phase with a chance to win the set, then you are a little angry at the end.“

Duren passionately fought three sets before 1800 spectators against the guests, who are ranked second place. Duren equalized in the first set while it was down 10:16-residue and finally had two sets balls. The set ended with two points with the strong block from Generali.

Evivo didn’t give up, the home side won the third set with 25:23 and shortened the gap to 1:2 in sets. In thew fourt Haching put them under pressure, Evivo made several attack errors. The set ended 25-16, the game 3:1.

With this defeat Evivo slipped to fifth place.