BRA W: Volei Amil had to work, but won against Pinheiros 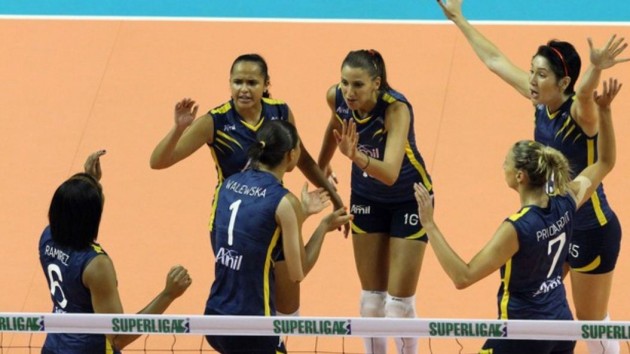 After leaving the game due to a sprained left foot, Ramírez returned, and helped her team to take the third set, but, as the entire team her game fell in the following set. Ze Roberto pulled her out of the game, to prevent her to get injured and entered Vasileva. This decision caused revolt in the Cuban player, who shouted at the coach, wept and left the court.

Ramirez finished as the second highest scorer of the game with 18 points, behind only Andreia, from Pinheiros, who had 19. Nevertheless, the young Rosamaria, 18, was voted best on the court and took the Viva Volei trophy.

Zé Roberto was visibly upset by the reaction of Ramirez. After the match, he refused to talk about the incident.

Captain Walewska minimized the episode: “It is a gambling thing. We needed to win. Everyone was hotheaded. I’m not sure what happened, I did not participate in the conversation, but tomorrow it will be okay.“

It was the fifth straight win for Campinas, which reached 33 points and surpassed Praia Clube, with 32. Pinheiros is sixth with 21 points.

ARG M: Demian Gonzalez – We improved our game at the right time