BRA M: Dante – My dream to finish career with gold in Rio

Dante Amaral gave an interview after the friendly games between Russia and Brazil in Moscow. He looked back on his time in Dinamo MOSCOW, and spoke about his national team and how he would like to end his career. WorldofVolley brings you the latest volleyball news. 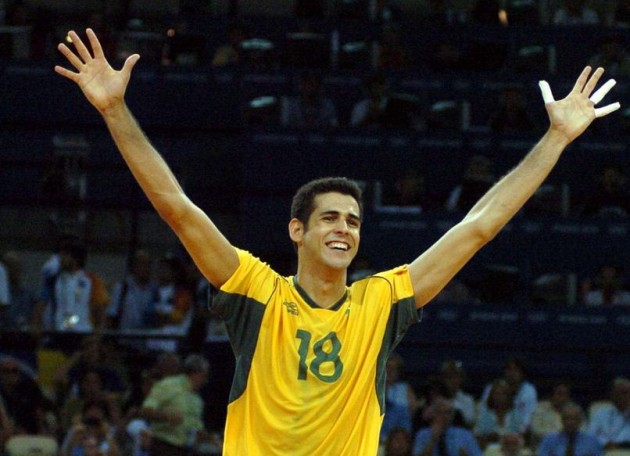 – It ooked like you were very happy to be back in Dinamo’s hall?

– Yes, it is great to be here. I spent three wonderful years in this hall. I miss the local atmosphere. And so, when I learned that teams of Brazil and Russia will play here i was very happy.

– In any case, the games between Russia and Brazil are always special – whether they are friendly or official. However there were many changes in both teams.

Now it’s time for our main task – to prepare for the World League, and we are approaching this very seriously. But, of course, our hearts were heavy with memories of the Olympic final.

– Someday you will be able to forget about it?

– It will be hard. The match was ours! In the first two sets, we were much better than the Russians, and in the third we had the advantage. But at the crucial moments we made mistakes. Plus, of course, Muserskiy brilliantly changed his position.

– What are your thoughts of the new Russian team?

– Now, at the beginning of the new Olympic cycle, it is time for renewal, refreshment and rejuvenation of the national team. I saw very strong guys in the Russian team.

– You already have three Olympic medals. Do you feel strong enough to win the fourth – in 2016, in Brazil?

– Oh, that would be a great way finish to my career. To put the Olympic gold around my neck, and in Rio de Janeiro – it would be the end of career I could only dream of. Although everyone knows that the pressure on our team will be enormous. Well, we’ll see. In any case, it’s too early to make plans now.

– Does the football World Championship that will be held in Brazil next year affect the popularity of volleyball? It is the number one sport in Brazil…

– I do not agree. The number one sport in Brazil – is volleyball! And football… there can not be any comparison. By the way, I am also a fan, regularly watch matches. Like all Brazilians.