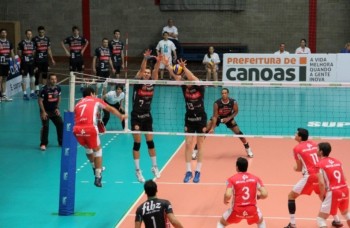 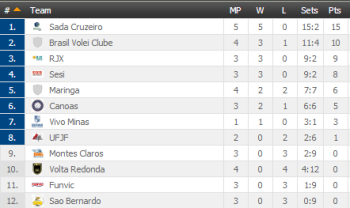 Man of the match was Bruno Temponi of home team who was at the same time the best scorer with 22 points.

Two other games were played.

Maringá reached his first away victory, defeating Montes Claros 1:3 (19:21, 17:21, 21:16, 13:21) in the gym Tancredo Neves, in Montes Claros. VivaVôlei trophy went to hands of Rafael of the winning side, while the highest scorer was Danilo of Montes Claros with 15 hits.

For more news from this country click on Brazil.

BRA W: Heroic come back of Pinheiros thanks to Ananda Cristina Marinho

PHOTO OF THE DAY: Osasco getting ready...