Leandro Vissotto: “I will return to Russia”

After he left RJX, Leandro Vissotto has signed a contract with Kepco from South Korea.

Brazilian opposite and former member of Ural Ufa, at the end of last season returned to his homeland. However, his team from Rio de Janeiro could not keep the top-level players and most of them have left.

Now, he is in South Korea.

“Unfortunately, the team lost its sponsor” says Leandro Vissotto. “The players whose salaries were the highest, had to leave the club. We are currently working with a lawyer. Meanwhile, I’m flying to Seoul, who is only 30 km from my new team.”

Do you know anything about Kepco?

“Not so much. They are in a very difficult situation and are counting on me. In fact, I am the only chance for them to change the situation. And for me it’s a good opportunity to play. I have signed a contract for a period of two months.” 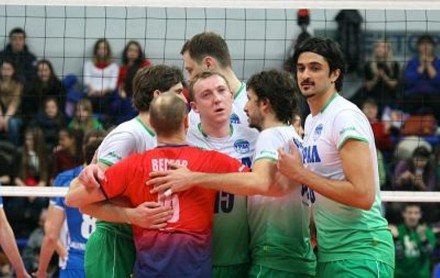 Where you will play next year – in Italy, Brazil or Russia?

“Of course, I will return to Russia! I have already spoken with their agent. I love Super League level. Last year I came to Ufa in poor physical condition – with injury, but after recovered, had a great season. Will Ufa be a strong team? It is difficult to say. If I come, they will be strong (laughs). I love Ufa and moreover, we were one step away from the national championship finals. It would be nice to take this step together.”

Vissotto will debut for Kepco on January 25th.

You have never seen this kind of defense before (VIDEO)